“It is my theory that nature must precede the architect, in laying out of links. It is futile to attempt the transformation of wholly inadequate acres into an adequate course. Invariably the result is the inauguration of an earthquake. The site of a golf course should be there, not brought there. A featureless site cannot possibly be economically redeemed. Many an acre of magnificent land has been utterly destroyed by the steam shovel, throwing up its billows of earth, biting out traps and bunkers, transposing landmarks that are contemporaries of Genesis."
- Perry Maxwell, The American Golfer, February 1935

Golf’s “Golden Era” of course architecture is generally considered as the period running from the creation of the National Golf Links of America in 1908 to the start of World War II. During this time, timeless courses such as Pine Valley, Augusta National and Cypress Point, came into being. The architects of this period of golf course development, vision, and creation, included the likes of Charles Blair MacDonald, Alister MacKenzie, Donald Ross, A.W. Tillinghast, Seth Raynor and George Thomas. Each of these men created countless masterpieces that continue to influence golf course architecture today.
One name that is certainly part of this list of the who’s who in golf architecture is Perry Maxwell, the designer of Southern Hills Country Club, host of this year's PGA Championship. Maxwell was one of the true masters of this important and influential time in American golf history.

“Mr. Maxwell speaks of my ability to make a good fairway or develop a worthy green, but I wish to tell you that in laying out a
golf course and to give it everything that the science and art of golf demand, Mr. Maxwell is not second to anyone I know."
- Dr. Alister MacKenzie as he spoke of his appreciation for Maxwell

Beyond his masterpiece at Southern Hills, which for the 5th time will host the PGA Championship this year, Maxwell is credited with having some connection to, as a designer, co-designer, consultant or having some influence on, some 106 courses.
Maxwell was a founding member of the American Society of Golf Course Architects and was an inductee into the Oklahoma Sports Hall of Fame in 2012. He was known as the "father of Oklahoma golf" with 34 of those 106 courses he was involved with, being in his home state of Oklahoma.
One of Maxwell's first courses was Dornick Hills Golf & Country Club in Ardmore, Oklahoma. The Oklahoma City Golf & Country Club and Prairie Dunes Country Club are two others in Maxwell’s portfolio. He made contributions to many of the most revered layouts in the United States including: Pine Valley Golf Club, Colonial Country Club, Crystal Downs Country Club, and Merion Golf Club.
In 1931 Dr. Alister MacKenzie and Bobby Jones, were in the early stages of development of the famed Augusta National Golf Club. MacKenzie admired Maxwell so much that he invited him to become a partner on the project. Maxwell made several important changes to Augusta National in 1937. Augusta National originally opened for play in 1933. At that time, the first hole, which is now the 10th, was a relatively easy par 4 that played a shade over 400 yards.
From the elevated tee, and sloping down to the green from there, no more than a short iron or wedge was generally required for the approach into the green. Maxwell saw a new vision for the hole, and in 1937 he proceeded to move the green back about 50 yards back from its original site. Through his redesign, he turned the hole into one of the most feared in Masters history.
Maxwell's primary design trademarks were his undulating greens as well as his ability to use the existing natural topography to design unique and challenging holes. Maxwell designed greens are typically very large and contoured with swells. These green features are often referred to as "Maxwell's rolls.” Many course designers would follow his lead in creating demanding, and undulating greens. Maxwell was also a master at using the natural landscape to sculpt holes.

"His genius came from recognizing Mother Nature&#39;s design, his courses only slightly carved out of the existing landscape.”
- Mac Bentley, Daily Oklahoman Sportswriter, wrote of Maxwell in 1933

As the field tees it up this week at Southern Hills, they will be making their way around a layout which was born from one of the greatest minds in American golf course design history. As the players surely will, I encourage you, the viewer, to appreciate the work of the great Perry Maxwell this week at the 104th PGA Championship. 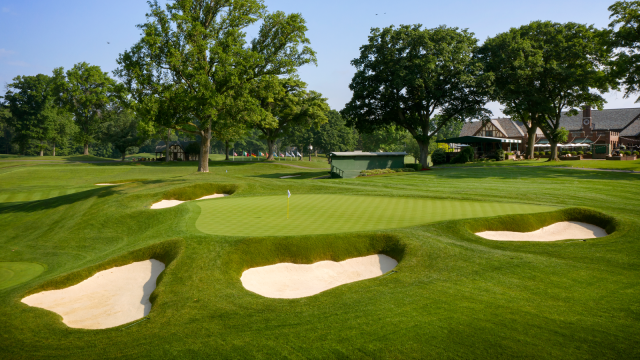 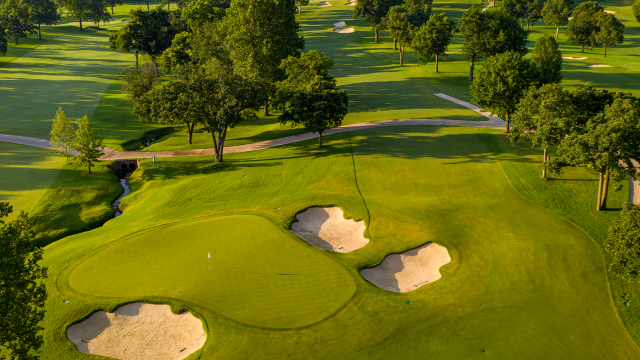 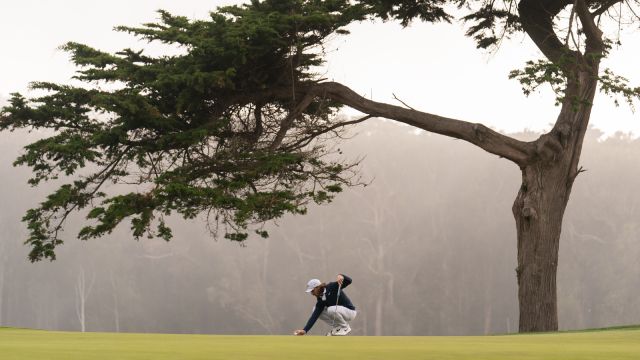