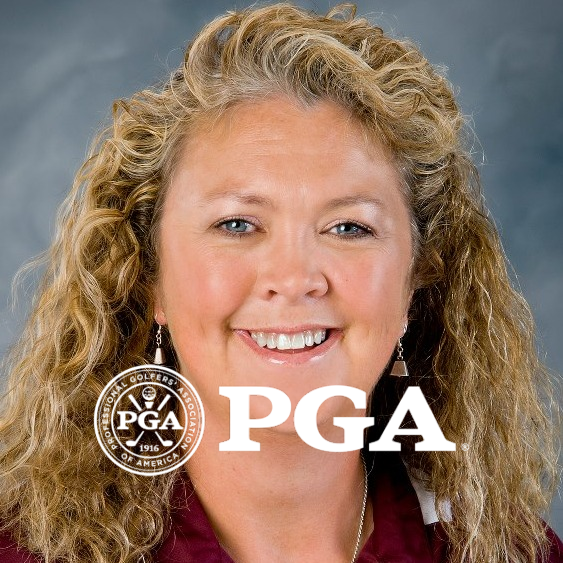 For Ginger Brown Lemm, a 25-year PGA member, golf has been life. Reared on a 9-hole course in Hope, Ark., she went on to be an All-American performer in high school. It was just the start, as her talents on the links landed her a full-scholarship at the University of Texas, where she excelled en route to earning All-SWC honors twice and a win her senior year. Following her illustrious collegiate career, she went on to compete professionally on the Futures Tour as well as the USGA Women’s U.S. Open. The sport has been a major component in her life in various capacities. She has served as a club professional, PGA teaching professional, mini-tour professional, executive director of The First Tee of Arkansas, and the highest level of Division I, coaching in the SEC for over a decade. Coach Brown was elected by her peers to serve in various positions on the Women’s Golf Coaches Association Board of Directors for more than eight years, most recently vice president to president. And now she turns her attention to instruction on the lesson tee and education on the recruiting process with Playing Through College Golf Recruiting. Assisting junior golfers with their goals and dreams and setting timelines in the preparation and process of being recruited to play college golf. Brown Lemm led Mississippi State University to uncharted waters, guiding the Bulldogs from No. 130 of the 270 NCAA Division I women's golf programs in 2010 to No. 1 in 2014. Her teams consistently ranked in the Top 40 of the US Collegiate system. Under her watch, every individual and team top 10 record in every category was broken. During her time in Starkville, MSU became the first program in the state of Mississippi to compete at the NCAA National Championships in 2013. In 2014, the Bulldogs followed that up and placed a program-best sixth at the NCAAs. She has produced numerous players now on tours all over the world including the LPGA, TLPGA, KLPGA and mini-tours. She also coached the Curtis Cup and Solheim Cup team member and LPGA winner Ally McDonald Ewing. She has developed and coached five WGCA All-Americans, five Golfweek All-Americans, seven All-SEC players, five team wins and eight individual medalists. Brown is also responsible for one ANWA Invitee, seven SEC Player of the Week honors, three SEC Freshman of the Week honors, 30 WGCA Academic All-Americans and 43 All-SEC Academic Honor Roll honorees. Her program has facilitated the education and growth of strong women who now are teachers, attorney's, mothers and entrepreneurs. Her team was a constant leader in community service, winning the inaugural Cowbell Community Service award for most hours dedicated among athletic teams to the Starkville community. Her squad’s GPA was constantly leading not only women’s sports, but always in the Top 3 of any team at MSU with a high of 3.898. Coach Brown believes in education as she returned as a student and completed her Masters of Science in Educational Leadership with a 4.0 GPA, while coaching her squad. She was the first class of inductees into the Hope High School Hall of Fame, Arkansas State Golf Association Hall of Fame and was awarded the Golf Digest “Top 5 Junior Golf Program,” one of their highest honors. Brown is married to her husband, Floyd, who has built golf courses for 25 years all over the U.S. They have two kids, a son Parker, 23, who played junior college football in Mississippi, and daughter Paige, 21, who played junior college golf in Alabama.

I am a part of Summit Golf School, located at Gleannloch Pines Golf Club in Spring, TX. Ready to help with your game, the mental and technical skills, former SEC Coach now advising juniors with collegiategolfconnections.com