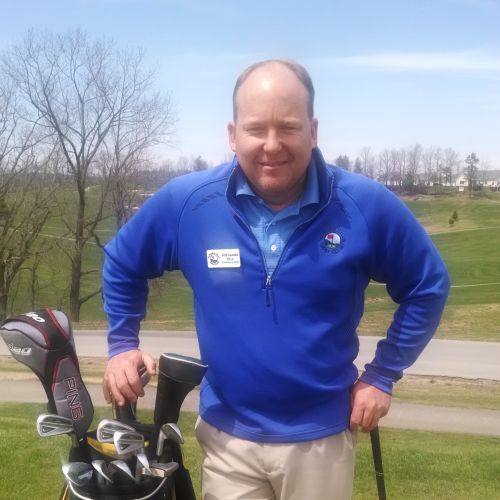 Before moving to this area in April 2005, Jeff was an Assistant Professional at The Grand Golf Club, formally known as Del Mar National, in San Diego, where he worked from August 1999 to March 2005. Jeff has been in the golf business for more than 30 years and became a member of the PGA in September 2000. In 2006, he became the coach of the Auburn High School Golf Team where he has built up the program at the school.

Gandee graduated from Marion Harding High School in Marion, Ohio, in 1993, where he was also the Marion County High School Medalist in 1993 and a four-year letterman. He is also a graduate of Mundus Institute, a golf management school in Phoenix, where he received a degree in 1995. 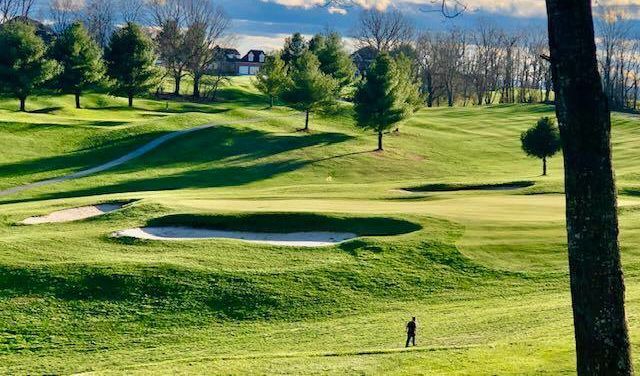 Carved into the rolling landscape of the Blue Ridge Mountains, Auburn Hills Golf Club’s 18-hole course features 6,534 yards of elevated tee boxes and breathtaking views of the Southwest Virginia countryside. Throughout the course, players encounter tantalizing high-risk-and-high-reward shots straight from the architectural mind of Algie Pulley. The pristine par-72 opens its arms to golfers of all ages and experience levels with four tee options. If you love the thrill of standing on an elevated tee box to strike a ball that sails like a bird down to the fairway, then take on the adventures of Auburn Hills Golf Club. Here in the scenic shadows of the Blue Ridge Mountains you’ll find an outstanding course, among the best golf in Southwest Virginia. There’s great variety on this course – links-style open fairways on some holes as well as tight, tree-lined paths to the green on others. As you travel along, you’ll enjoy the getaway-from-it-all atmosphere and dramatic scenery.