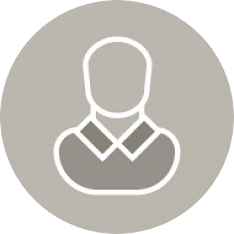 Kenny Anderson has been a golf professional for over 30 years. The native of Greeley, Colorado is the Director of Player Development at Pelican Lakes and began his career in 1987 as an assistant golf professional at Whispering Palms Golf & Country Club in San Diego. After a short stint as an assistant at Big Canyon Country Club in Newport Beach, California, Kenny returned to his hometown in 1991 as an assistant at Highland Hills Golf Club. Upon receiving his Class A certification from the PGA in 1993, Kenny became the Head Golf Professional at the newly opened Boomerang Golf Links in Greeley. In 2007 Kenny ventured to Green Valley Ranch Golf Club and in a few short years became the head pro. He established himself at Pelican Lakes in 2014. Kenny and wife Kara have two children, Haley and Koby. Kenny is the current head coach of the Windsor High School boys' and girls' golf programs, and coached the 2018 and 2019 girls' teams to the Class 4A state championship, and to a runner-up finish in 2021. His 2019 and 2020 Windsor boys' teams also qualified as a team for the state tournament.