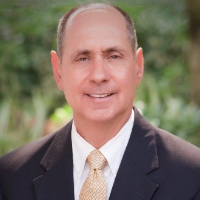 Mark developed his passion for teaching the game of golf while he was an Assistant Golf Professional at Pinehurst Resort and Country Club. At Pinehurst, he participated in developmental training under Golf Magazine and Golf Digest Top 100 Instructor Eric Alpenfels, Director of the Pinehurst Golf Academy.

Mark also had the opportunity, while at Pinehurst, to receive training from Robert Christina, PhD at the School of Health and Human Performance at the University of North Carolina – Greensboro. In addition to being involved in golf schools where he taught all aspects of the game of golf, Mark also gave clinics and individual lessons to members, resort guests and gave group demonstrations.

Since 2006, Mark has had the opportunity to work on his own game and study under one of game’s great instructors and mentors Jim Hardy. Jim was the 2007 National PGA Teacher of the Year, is a Golf Magazine top 100 Teacher and currently ranked #7 in Golf Digest 50 greatest Teachers. In 2005 Jim wrote the first of his three books “The Plane Truth for Golfers” which became the best selling golf book in 2005.

One of the most important quotes in all of golf is credited to John Jacobs, who said,

“The sole purpose of a golf swing is to produce a correct repetitive impact. The method employed is of no significance as long as it’s repetitive. “

That quote is at the heart of Mark’s Teaching Philosophy and which mirrors his mentor Jim Hardy. “When diagnosing a student’s golf swing I look at ball flight first then back to the impact mistake that is causing the faulty ball flight. Since each player has their own swing fingerprint and different impact conditions, I’ve learned to know what to leave in a golfers swing and what to take out”.

“My goal is to help my students understand their golf swing, so they’re able to hit more solid shots and predictable shots, therefore shooting lower scores and creating more enjoyment from this great game.”