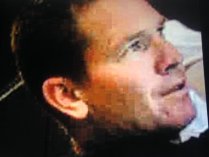 Bend, OR
Walt Reilly's
About Michael

Originally from Utah, Michael Lewis is currently the Director of Instruction at Walt Reilly’s in Bend, Oregon. He is a Class ‘A’ PGA Professional and was elected for membership in 1999. While he was still in golf operations, Michael was named the 2005 Utah Section Teacher of the Year. In 2006 he decided to go into instruction full time and was hired by Nicklaus Academies and named the Director of Instruction for the Nicklaus Academy at Pronghorn. In 2010, after four years with Nicklaus Academies Michael went into business for himself and opened the Taylormade Performance Lab of Utah and two years later opened Tetherow Academy. Mike is also a Master Instructor for the Patriot Golf Foundation, hosting military veterans for golf school outings across the country. Michael started teaching the game at the age of 18 and has spent his entire career focused on learning all he can about the art and science of instruction. He has conducted numerous instructional seminars for both the Utah Section and Pacific Northwest Sections of the PGA. A member of the Taylormade National Fitters Council, Michael has an extensive background in club-fitting and knows how properly fit equipment can pay major dividends for the student. In his 30 years of instruction experience he is most proud of the fact that 48 of his students have earned college scholarships to play college golf.

Walt Reilly's was created to bring outdoor entertainment into a massive indoor space for the community to enjoy year round. Weather you are playing mini-golf against your friends or enjoying 180 golf courses in a relaxed indoor environment, Walts was created with comfort and function in mind.

Walt's has three state of the art Golfzon Simulators in house. Golfzon has been voted the Best Golf Simulator for the last five years by Golf Digest. Golfzon offers over 180 golf courses for play.

Utilizing the Performance Lab and Simulators we are able to offer individual and group instruction up to 16 participants. During these sessions we are able work on any aspect of the game.

One player in a single session can literally finish 18 holes of golf in one hour, allowing the instructor and student to work on all aspects of the game as well as course management.