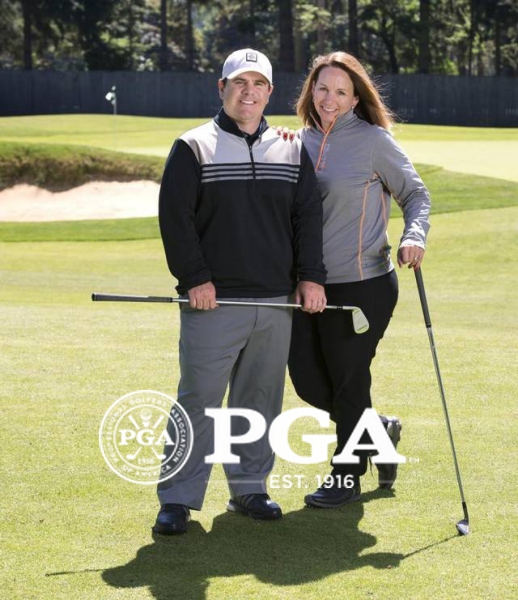 I was born and raised in Federal Way, WA, and started playing golf at age 8 at Twin Lakes Golf and Country Club. I was a four-year letterman on the boy’s high school team before signing on to play for the Oregon State University Women’s Golf Team. Upon graduating, I became the assistant coach for the OSU Beavers. After two years of assisting, I was offered the head coach position at University of San Francisco. Between 1997 and 2005, I developed a Top-25 ranked team, secured a West Coast Conference Championship and made eight consecutive NCAA Regional appearances. In 2005, I returned to the Pacific Northwest to begin work at Tacoma Country & Golf Club. I earned my Class A PGA Membership in 2009. Currently, I am in my 6th season as the Pacific Lutheran University Women’s Golf Coach. ​ Additional Achievements: 2019 & 2015 PNWPGA Section Youth Player Development Award Winner | 2019 Top 50 Operation 36 Coach | PGA.coach & ADM Certified | 2017 WWCPGA Player Development Award Winner | 2011 & 2013 WWCPGA Assistant Golf Professional of the Year | Certified U.S. Kids Golf Coach | PAX Community Educator – Completed Mastery and Certification in 2012 | Heart Math Certified Coach | 4-Year Letter Winner FWHS Boy’s Golf Team | Oregon State University Women’s Golf Team Member | BS in Zoology from OSU

The techniques she has shown me have improved my attitude, posture, swing and purpose as a whole tremendously. No matter the swing or stance, Sara is one to tell me the positives of that move.

Our indoor golf studio is a 2000 square foot facility that ensures you can work on your game 12 months out of the year. Our studio features a putting green, Foresight Sports Simulator and V1 Sports Video Software.