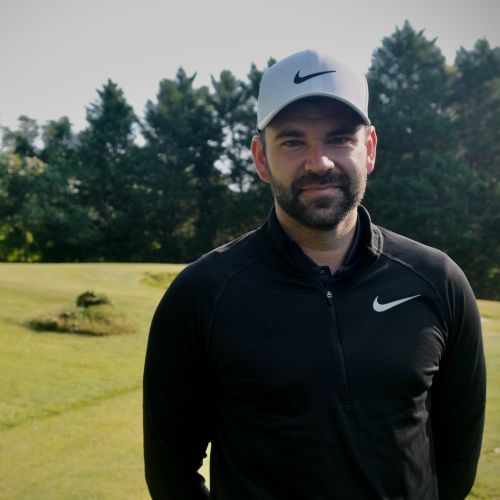 Originally from Scotland, Stuart took up golf in his mid-teens. After a successful junior career and competing in multiple Scottish Amateur Championships he moved to America to play for Odessa College in Texas, who were ranked #1 junior college team in the country.

He began his golf teaching career at Ranchland Hills Golf Club as an assistant golf professional, where he became a Class A PGA Professional while simultaneously completing his Bachelors Degree at the University of Texas Permian Basin. Stuart went on to become the assistant golf coach at UTPB, and after relocating to North Carolina, a teaching professional at the Ballantyne Golf Academy.

Stuart is proud to have multiple years of experience teaching all age groups and ability levels. With a Titleist Performance Institute Level 2 Certification in Golf, Junior, and Fitness, as well as having a Masters degree in Kinesiology, he acknowledges that a “one size fits all” instruction philosophy is never an option due to the differences in each player’s physiology. His teaching style incorporates biomechanical, athletic, and psychological principles to ensure players reach their maximum potential.