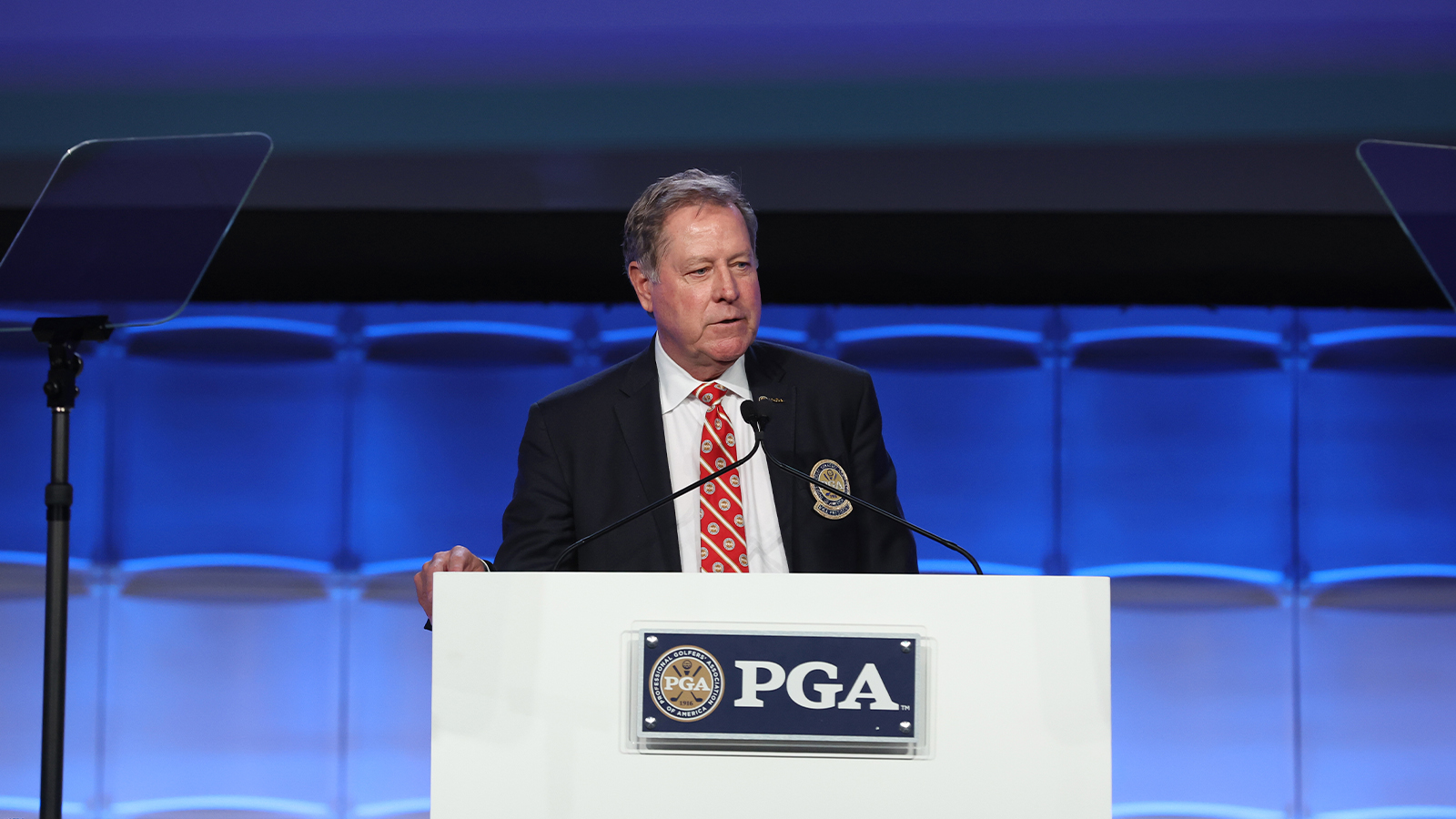 PGA President
The Country Club of Lansing
Lansing, Michigan
A PGA Member for more than 35 years and a 2019 Michigan PGA Hall of Fame Inductee, PGA President John Lindert is the PGA Director of Golf at The Country Club of Lansing.
After serving two years each as PGA Secretary and Vice President, Lindert was elected President at the 2022 PGA Annual Meeting.
He served on the PGA Board of Directors as District 5 Director from 2016-18. Lindert was president of the Michigan PGA Section in 2010-11 and has served on four national PGA committees: Governance Task Force Chair (2017); Membership (2008-20); Board of Control (Chair, 2018-20; Committee Member, 2009-13); and Special Awards (2006-07).
Lindert was honored as the 2009 Michigan PGA Section Golf Professional of the Year and is a two-time recipient of the Section’s PGA Professional Development Award (2021, 2015).
He has also received the Section’s Player Development Award (2013), Merchandiser of the Year-Private Facilities Award (2010) and Bill Strausbaugh Award (2008).
He has competed five times in the PGA Professional Championship. In addition, Lindert was the Toledo Chapter Stroke Play Champion and competed on the University of Arizona golf team.
Among his community endeavors, Lindert has served on The First Tee of Mid-Michigan Board of Directors since 2007.
Lindert and his wife, Wendy, have two grown children, Brooke and JD, and two grandchildren, Oliver and Rylie.