Scottie Scheffler of the United States lines up a putt.Getty Images

The final four is set for the WGC-Dell Match Play. Dustin Johnson vs. Scottie Scheffler and Corey Conners vs. Kevin Kisner.
With a victory, Scottie Scheffler would rise to the No. 1 spot in the Official World Golf Rankings. That would be an obviously huge moment for Scheffler but made even sweeter as he played collegiately at the University of Texas, just 10 miles from the host venue of Austin CC.

So, what makes Scottie Scheffler so good and what can you take from that?
Scheffler hasn’t always been the best putter, but for the past few months he has really focused on his tempo, and more specifically, in his transition from the end of his backstroke and into his forward stroke.
The drill that has helped him become more confident in his putting is simple. He places a quarter on the back of his putter blade and tries to keep it there during his transition. If it falls off, he knows that he got a little too quick.
Tempo is critical. Did you know that most of the best putters in the world putt at a 2:1 ratio, regardless of the length of the putt? That is, the rate of their downswing is twice as fast as their backswing. What changes when the length of the putts get longer is the length of their stroke? The tempo, or rate remains the same, at 2:1.
A great training aid for fine tuning your tempo is the Blast Golf sensor and app. In the absence of that however, you can simply grab a quarter, like Scottie Scheffler. By grabbing some loose change, you could be well on your way to changing your putting game. 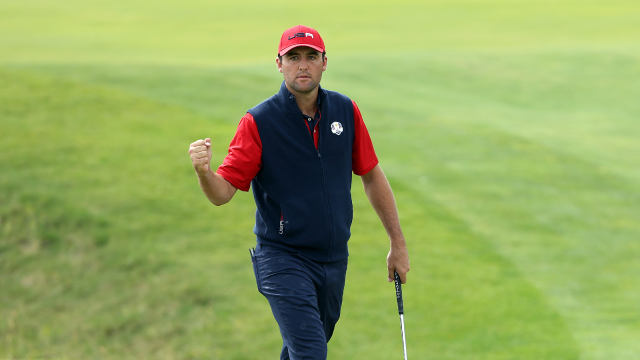 A Guide on Mastering Match Play 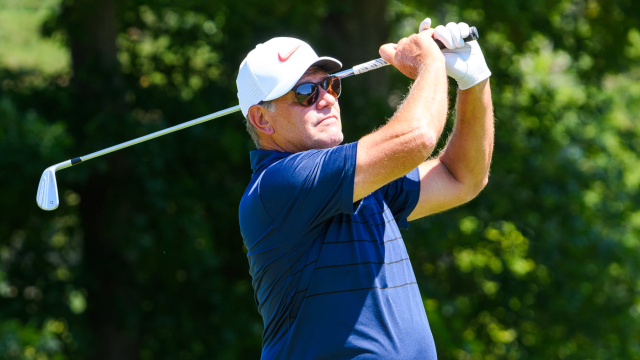