What a roll the current Rolex World No. 1 Jin Young Ko has been on. She kept up her winning ways on Sunday with a two-stroke victory at the HSBC Women’s World Championship in Singapore. The win was Ko’s sixth win in her last 10 starts. With the win, Ko set two new LPGA Tour records: 15 consecutive rounds in the 60s and 30 consecutive rounds under par.
“I am just proud of myself to record 60s, 15 rounds like straight. So I'm so happy,” said Ko. “I feel amazing right now.”
With it being still so early in the 2022 season, I’ll refer back to Ko’s 2021 stats to give a glimpse into what it takes to have so many consecutive rounds under par.
With nearly 80% of her fairways and greens hit in regulation and an average of only 1.74 putts per green hit in regulation, it’s no wonder Ko has been able to keep up such a remarkable streak of under par rounds.
The average golfer can learn so much from these stats and the stars on the LPGA Tour.
With the exception of bombers such as Lexi Thompson (278.35 Driving Distance), Anne Van Dam (290.82 Driving Distance), and Bianca Pagdanganan (284.85 Driving Distance), most LPGA Tour players are not super concerned about distance as they are with hitting fairways and hitting greens.
To stay on top of the ranks on the LPGA Tour, accuracy is far and away one of the most important keys to being successful. The average Driving Accuracy percentage on the PGA Tour in 2021 was about 61% and on the LPGA Tour, it was about 75%. This snapshot shows you that accuracy over distance is what is key for LPGA Tour professionals.
From a full swing standpoint, the average adult golfer should focus, first and foremost, on fundamentals and technique, the art of hitting the ball squarely, before worrying about distance. Swinging within yourself is key. From a scoring standpoint, or looking at your game as a whole, you must also put an emphasis on short game and putting for further improvement.
Now, notice I said the average adult golfer. As a longtime youth coach, I do look at the importance of speed training in combination with all I said above, for junior golfers. I believe, when a golfer is young, they should learn proper technique as well as be able to harness their youth and work on speed training.
In general terms however, I feel that most golfers will benefit greatly by focusing on those things that make the best LPGA Tour golfers in the world, like Jin Young Ko, the incredible players that they are…and that is learning to swing within themselves with an eye on proper technique. 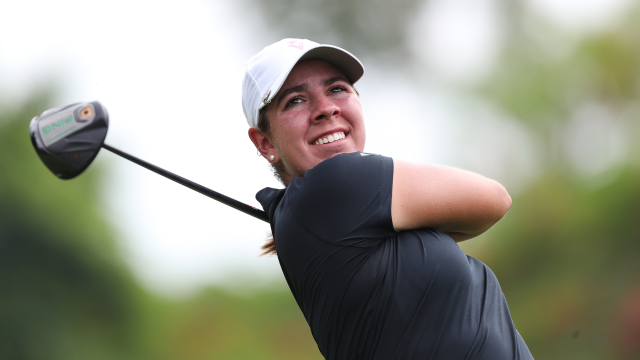 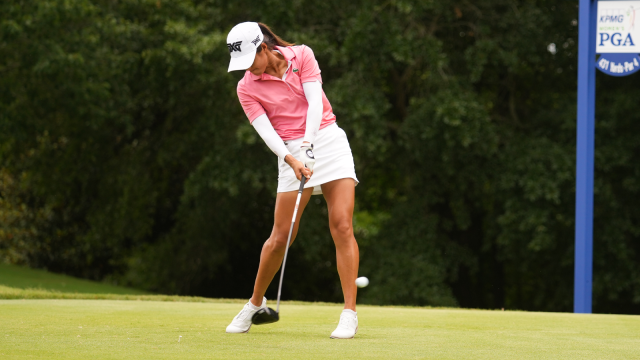 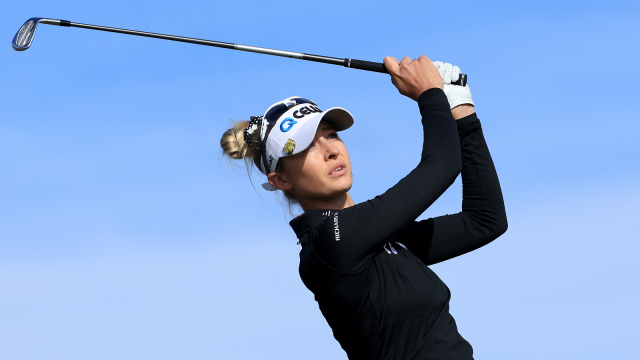 In Times of Trouble, Rely on Your Routine