Clanton is committed to Florida State and was named to the 2020 Rolex Junior All-America Second team. He currently ranks eighth in the Rolex American Junior Golf Association (AJGA) rankings. Clanton finished second in the Dustin Johnson World Junior in March and third in the U.S. Junior Amateur Championship in July.

A verbal commit to Alabama, Dunlap is first in the Rolex AJGA rankings after his win at the U.S. Junior Amateur Championship. He also won the Polo Golf Junior Classic and the Dustin Johnson World Junior this year, as well as finishing second at the 2021 Boys Junior PGA Championship, Wyndham Invitational, The Dye Junior Invitational and the Junior PLAYERS.

Lee is also committed to Virginia and coming off a runner-up finish at the Boys Junior PGA Championship. He has five top-10 finishes this year, putting him at sixth in the Rolex AJGA rankings.

Surratt has been on a roll this year, winning the Boys Junior PGA Championship, the Western Junior Championship and the Terra Cotta Invitational. He also has five other top-10 finishes. He’s third in the Rolex AJGA rankings. Surratt is committed to Tennessee and was named to the 2020 Rolex Junior All-America Second Team.

Davis has had a coming out party in 2021, winning the PING Heather Farr Classic in April and convincingly capturing the Girls Junior PGA Championship by seven shots in July. She also has four other top-10 finishes, helping her to the second spot in the Rolex AJGA rankings. Davis is currently uncommitted.

Ganne put herself in the national spotlight by playing in the final group of the U.S. Women’s Open and earning the low amateur honor. She also won the Scott Robertson Memorial and finished third at the Girls Junior PGA Championship and the Diamond Resorts Annika Invitational. She is first in the Rolex AJGA rankings and a team-high 29th in the World Amateur Golf Ranking (WAGR). Ganne was also a First Team 2020 Rolex Junior All-American. She is a verbal commit to Stanford.

Linder had a strong start to the year, racking up five consecutive top-10 finishes during winter and spring. More recently, she won the Tennessee Girls Junior Amateur championship and the Golf Capital of Tennessee Women’s Open in July, making her the first player to ever sweep both tournaments.

Misemer’s summer has been red hot. She won the UHY Kansas City Junior title, then had consecutive runner-up finishes at the Girls Junior PGA Championship and Justin Thomas Junior Championship. The latter was her fourth top-6 finish in five tournaments, pushing her to 24th in the Rolex AJGA rankings.

Pano is a three-time Rolex Junior All-American and is currently ninth in the Rolex AJGA rankings and 105th in the WAGR. This is her second U.S. Junior Ryder Cup Team appearance. She was also featured in the Netflix documentary “The Short Game” as an 8-year-old, and played in Stage 1 of the LPGA Tour’s Q-School in August.

Zweig, who was also featured in “The Short Game,” won the Diamond Resorts Annika Invitational to start the year and has picked up three more wins along the way. In total, she has eight top-10 finishes this year, putting her sixth in the Rolex AJGA rankings and 138th in the WAGR.
The idea for the Junior Ryder Cup came about in 1995, when a team of Europeans played an informal exhibition match against the Central New York PGA Section and area juniors. Two years later, the Junior Ryder Cup was formally introduced as an event in its own right, while played at Alcaidesa Links Golf Course, in Cadiz, Spain, and won by America, 9-7. The United States maintains a 7-4 record all-time in the Junior Ryder Cup.
The Junior Ryder Cup is scheduled to resume in 2023 against Europe in Rome, Italy. 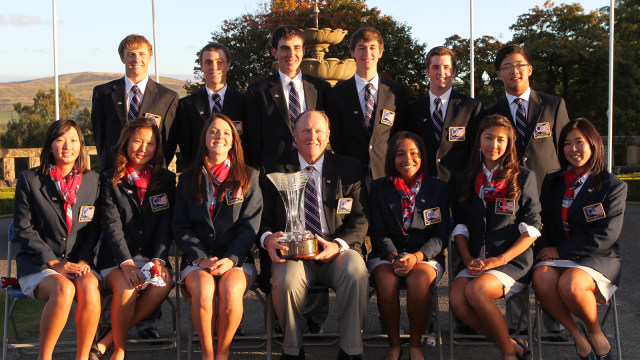 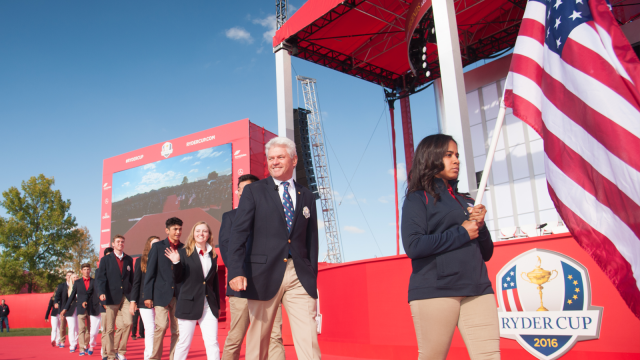 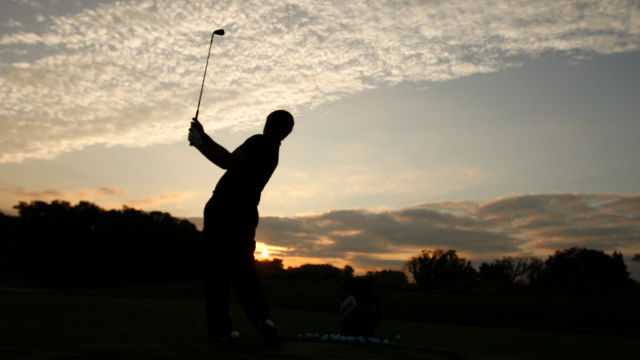