Published: Friday, October 04, 2019 | 8:42 p.m.
AUSTIN, Texas (Oct. 4, 2019) Chad Sorensen of Bakersfield, California, who dealt with unimaginable personal tragedy two summers ago and later discovered golf is ”the best distraction,” matched two records Friday in his debut in the 31st Senior PGA Professional Championship presented by Cadillac.
The 50-year-old PGA Head Professional at Buena Vista Golf Course in Taft, California, fired a second-round record 7-under-par 63 on the Coore Crenshaw Cliffside Course and tied a year-old 36-hole mark. Sorensen arrived earlier in the week at the Omni Barton Creek Resort & Spa nursing a broken little toe on his right foot.
He overcame that mishap by cutting a side hole on his right shoe to accommodate the swelling, then strolled to collect six birdies and an eagle against one bogey. Sorensen’s sizzling 18-hole effort was matched a few hours later by Omar Uresti of Austin, Texas, who also had a 63 on Coore Crenshaw.
Sorensen is at 11-under-par 131 to share the year-old 36-hole record with Dan Olsen of Robinson, Illinois. Leading the chase were defending champion Bob Sowards of Dublin, Ohio, who had a 66 at the adjoining Fazio Foothills Course; and first-round leader Frank Bensel Jr. of Jupiter, Florida, who posted a 68 at the Coore Crenshaw.
Sowards nearly double eagled No. 18, hitting a 5-iron approach from 190 yards to within a foot of the hole. It was the same hole that Sowards eagled in the Sunday singles to help the United States win the PGA Cup over Great Britain & Ireland.
John Aber of Sewickley, Pennsylvania was alone in fourth place at 134 after a 68 on Fazio Foothills. Uresti led a quartet at 135 that included Mark Mielke of Atlantis, Florida; Paul Holtby of Thousand Oaks, California; and Chris Smith of Peru, Indiana.
It’s just the second 50-and-older event for Sorensen, who earned a berth after tying for fourth in the Southern California PGA Senior Championship. He was the 2015 SCPGA Section Champion, and his career was on an upswing until July 20, 2017, when his wife, Raeleen and daughter, Raegan, perished in an automobile accident.
The journey to healing, said Sorensen, has included golf trips with his son, Clayson, to Scotland and throughout the country. Sorensen also coaches his son’s Taft Community College golf team.
“Golf is the best distraction,” said Sorensen. “I have had tons of great support. This week, my goal was to just make the cut. Today, I hit it a little closer. It was just solid. I was never in any trouble.”
Sorensen highlighted his day by hitting a 7-iron from 215 yards to six feet for an eagle on the par-5 12th hole.
Meanwhile, Sowards’ dramatics on Fazio Foothills continued. The PGA Director of Instruction at Kinsale Golf & Fitness Club in Powell, Ohio began last Sunday by making a career eagle pitch downhill on the 18th hole to win a key singles match in the PGA Cup.
“There were a lot of emotions remembering what happened, what I did, what my teammates did,” said Sowards. “I was almost in the exact same spot as last week. I knew I missed the green and misjudged [my 18th hole approach] on Sunday. When I hit this one, I thought it might be pretty good, but you never know until you get up here.”
Bensel, a 51-year-old Assistant PGA Professional at Century Country Club in Purchase, New York, gained a share of second place with Sowards despite a few errant shots on Coore Crenshaw.
”I felt like I hit the ball well and just didn’t get the ball close to the hole to make any putts,” said Bensel, whose Thursday round featured an eagle and a hole-in-one. “I am looking forward to getting back on the Foothills the next two days. I did make some birdies coming in (Holes No. 12, 15 and 16). But, Coore Crenshaw was a little bit tougher today.”
The field of 264 players was trimmed to the low 90 scorers and ties, with 93 advancing to Saturday’s third round. The low 70 scorers and ties after 54 holes will play Sunday’s final round. The final 36 holes in the $300,000 Championship supported by Golf Channel and John Deere will be contested on the Fazio Foothills Course.
The low 35 scorers Sunday will earn a berth into the 2020 KitchenAid Senior PGA Championship at Harbor Shores Resort in Benton Harbor, Michigan, May 19-24. The top five finishers will earn an exemption into the final stage of the 2019 PGA Tour Champions National Finals. And those who finish in the top eight, including ties, will automatically qualify for next year’s Championship, to be held Oct. 15-18, 2020, at PGA Golf Club in Port St. Lucie, Florida.
#2019 Sr PPC 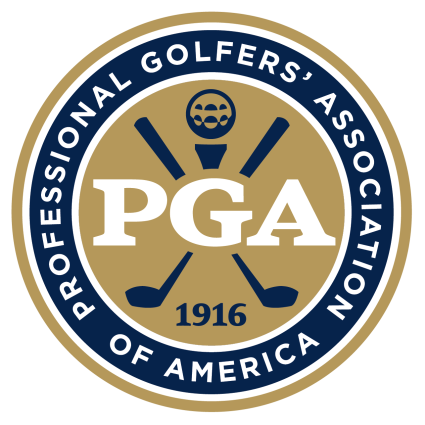