A Final Round for the Ages? 2022 KPMG Women’s PGA Championship

n Gee Chun of the Republic of Korea hits her third shot from the fairway on the first hole at the KPMG Women's PGA Championship. (Photo by Darren Carroll/PGA of America)

The most significant move on Saturday at the KPMG Women’s PGA Championship came at 3:45 p.m. ET. In Gee Chun maintained a five-shot lead on the field with 21 holes left in the Championship. Then, suddenly, she found herself right of the fairway on her approach and in the fescue. Five shots later she carded a double-bogey seven and suddenly the pursuers had hope.
Up to that point, there were 3 players within 5 shots of the lead and 8 women within 7 shots. After that hole, 5 players were within 4 shots of the lead and 17 were within 7. Sunday’s final round was now going to be a shoot-out rather than a coronation.
We all know when it comes to golf, history can be an ally or an adversary. According to KPMG Performance Insights, In Gee is trying to become just the 4th player to win the KPMG Women’s PGA Championship with a three-shot lead or more heading into the final round. The last woman to accomplish that feat is one of her closest competitors, Hannah Green, who did it at Hazeltine in 2019. Five players have also led after 54-holes and not won. Sunday will be a round worth watching especially when you consider the course they are competing on.
Congressional Country Club is a classic Championship test. It showed some serious teeth on Saturday when only two players in the field broke 70. But on Sunday, if conditions and setup are not as difficult, we could have a scenario like the 2021 Evian Championship where Minjee Lee came from 7 behind to win. Just a month ago, Justin Thomas came from 7 back in the final round to win the 104th PGA Championship at Southern Hills.
Chun is the fourth player to have a three-shot lead or greater at the KPMG Women’s PGA after three rounds. Of the previous three, only two won. So like yesterday, who of the chasers stands the best chance to track her down? Could Minjee put together another epic Sunday like she did in France? Since 2017, Minjee is the only player to have a final round scoring average under 70 (69.96) in major championships.
Also, be sure to watch Sei Young Kim on Sunday afternoon. She leads everyone in major performances. Since 2015, she is 113-under-par.
If fan support counts, there’s no doubt Lexi will make a move. Like Kim, she sits just 3 back of In Gee. Generally, Major Championships always come down to the last 9 holes on Sunday. This week, Lexi has put together a highlight reel on the back nine. She has a hole-out eagle on No. 17 and a total of 6 birdies on the back through 54 holes. Much like Minjee Lee, she ranks in the Top-5 for scoring average on a major Sunday since 2017.
Needless to say, the stage is set for an epic afternoon just outside our Nation’s Capital. 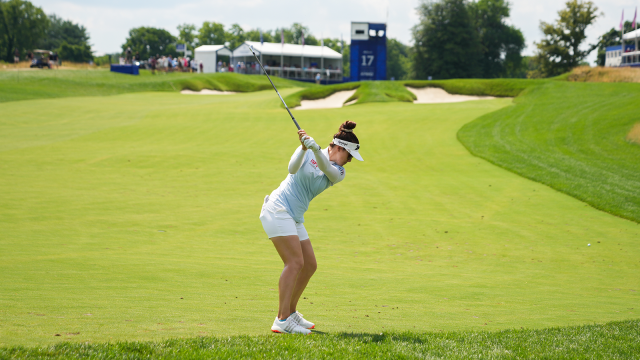 Round 3 Recap: A Different Kind of Moving Day 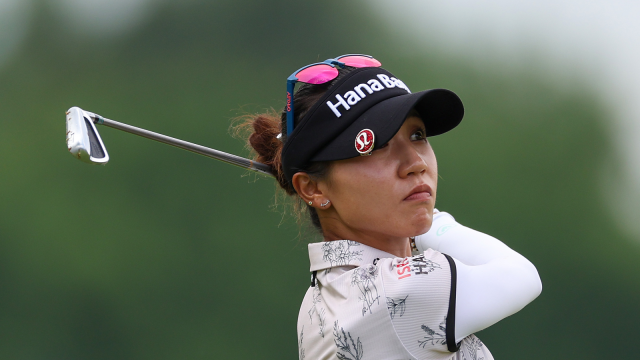 The Plan for a Major? Go Low at All Costs 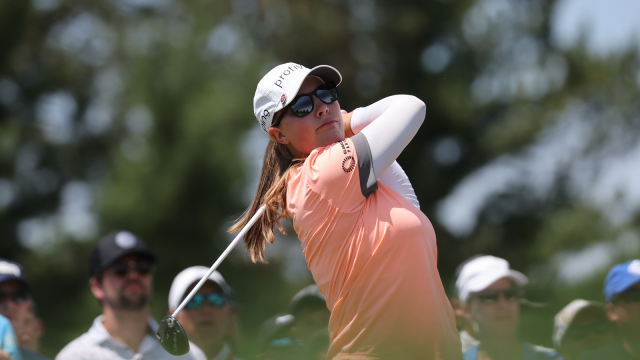