By Keith Stewart, PGA
Published on Friday, May 27, 2022
Paul Claxton is no stranger to major professional competition. The winner of the 2021 Senior PGA Professional Championship started on fire today in the first round of the KitchenAid Senior PGA Championship. With birdies on his first three holes, the PGA Life Member from Claxton, Georgia was off and running with a front nine 32. His back nine was just as impressive closing with 33 for a Round 1 65 trailing 1-stroke behind the leaders over an impressive field.
More from PGA

Paul Claxton, PGA Off to Hot Start at Harbor Shores

Claxton had an incredible round with a host of highlights. From a PGA Coaching perspective, the one shot that caught my eye was his chip-in birdie on the seventh hole. He was above the hole with a short and very fast route to the pin. Just barely off the green, he was too far to putt his way on. For some, this is the scariest shot in golf and that’s why I can’t wait to explain Paul’s perfect technique.

Hitting this shot is not as a hard as it looks. By following a couple simple steps, you will be able to swing confidently like Claxton.
The last step needed to complete Claxton’s shot is the most fun. Be prepared to chip-in. Have a signature saying or move ready. One thing is for sure, if you practice Paul’s move you will be putting that ball in the hole.
The KitchenAid Senior Championship will continue to be televised Friday on the Golf
Channel and Saturday and Sunday on the Golf Channel and NBC. For the most complete
coverage, go to SrPGA.com. 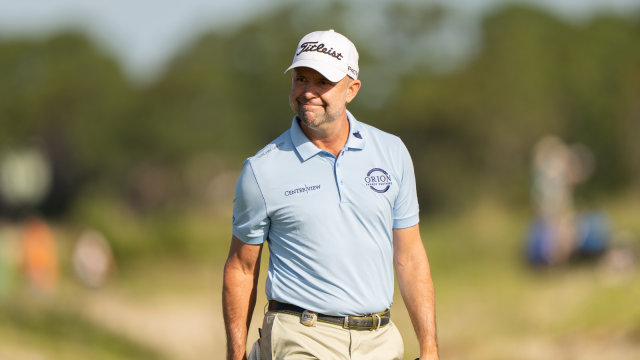 Rob Labritz, PGA, is Ready for the Future 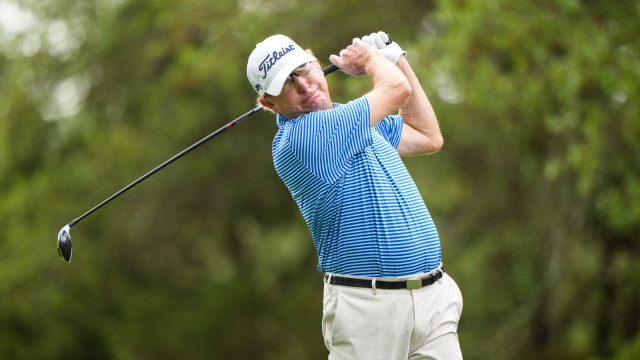