Lesson Learned: Justin Thomas’s Victory at The PLAYERS Started with the “V” in His Swing

By Keith Stewart, PGA
Published on Wednesday, March 17, 2021
Connecting with a coach in your area is a great way to start improving your game. Check out PGA.com/Coach to find a PGA Professional today.
Justin Thomas hit 31 of 36 greens in regulation, 17 of 18 on Sunday during the final round and 27 in a row at one point en route to winning The PLAYERS Championship for the first time.
The new No. 2 male player in the world put on a ball-striking display which made everyone take notice. Strokes gained is a great measure of how a player stands against his peers. Over the final two rounds, Justin gained 11.2 shots against the field in strokes gained from tee to green.

What is it about Justin Thomas’ swing that makes him so effective?

Let’s look specifically at his takeaway. Don’t get distracted by the clubface as it rotates to the toe-up position. This is a lot of clubface movement for a modern PGA Tour player, but Justin compliments that motion with a beautiful arm swing and body turn. That’s where we should focus our attention. Whether you are watching his swing from the face on position or down the target line (popular television view), watch how well Justin’s arms swing together.
The “V” formed by the lead and trail arm as they reach down to grip the club is quite noticeable. What is even more observable is how he maintains that “V” throughout the swing. Here’s the precious point. The consistency of his arm swing paired with his movement creates a very repeatable strike on the ball. This simple little characteristic can really help us all.
So how can we practice this super swing trait? Pick a high iron you are most comfortable with. Begin with your normal address position and take the club back just far enough that the “V” formed between your lead and trail arm doesn’t break down (arms fold). You don’t have to be rigid, but the “V” should stay relatively intact. When you reach a point where the arms begin to fold, stop, don’t break the wrists and begin to transition back to the ball.
Strike the ball and continue to emphasize the shape of your swinging “V” through impact. Keep swinging forward until the arms begin to break down (fold) and stop there. For most, this will be a halfway back to halfway through type move to start. The more mobile you are, the longer it will be. The wrists shouldn’t break more than a smidge during this drill. It’s also important to note, you won’t be swinging full speed during this drill.
If you’re having a difficult time feeling the swinging “V” then place a tennis ball between the arms a little above the wrist. The height of the ball placement will directly depend on the size of your arms. There are many training aids available online which can also be used to obtain this swinging feeling. Keep the ball or aid between the arms throughout the drill.
Continue to practice this motion with your higher lofted mid-irons. Get a consistent feeling of moving the “V” through the lower arc of your swing. The beauty of this drill is that once you become proficient with an 8 iron, you can also use it to practice your chipping and pitching. You better believe those “V’s” are swinging during the short game as well.
When practicing, start to infuse some full swings into your routine using the same feeling of both arms swinging together. Now you are starting to look and feel like Justin this past weekend and so many other LPGA and PGA Tour players.
It cannot be emphasized enough how important a simple swinging foundation like this can be to improving your game. 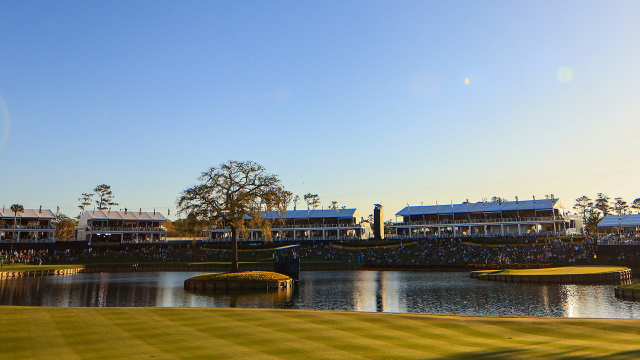 You Can "Turn" Your Nervous Energy into Positive Results When Attacking Holes like No. 17 at TPC Sawgrass 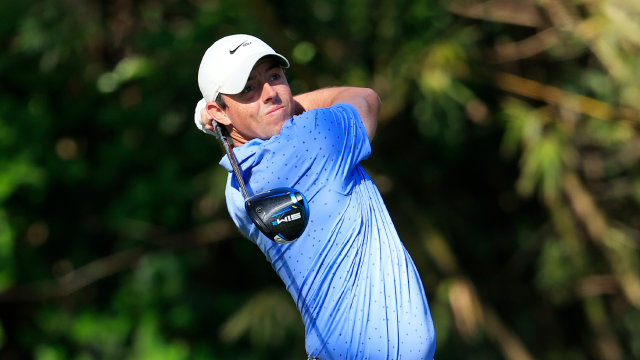 We Can Learn from Rory's Admission; Make Sure The Changes You’re Making Fit Your Golf Game