Danny Balin of Great Neck, N.Y., birdied the last two holes Tuesday to make a playoff, then birdied the second extra hole to win Event No. 5 of the PGA Tournament Series at PGA Golf Club.

Balin hit a 7-iron from 171 yards to 3 feet for birdie on the second hole on the Dye Course to defeat Ben Kern of Georgetown, Texas and Kyle Donovan of Chicago. The three had finished at 7-under 137. Balin hit it to 10 feet on No. 17 and 18 inches on the closing hole.

“That’s why we play the game, to get the juices flowing in the competitive nature of golf,” said Balin, the PGA Head Professional at Fresh Meadow Golf Club. “I’ve been in this situation before. You just want to give yourself a chance for the win or this case to get into the playoff.”

Balin’s late heroics enabled him to overcome a four-shot deficit to Donovan on the back nine. Balin shot 68, Kern a 67 and Donovan a 69. All three players hit it inside 8 feet on the first playoff hole, but each missed.

“I was patient all day,” said Balin, who made news earlier this summer when he had actor Mike O’Keefe – who played Danny Noonan in the movie “Caddyshack” – caddie for him during practice rounds at the U.S. Open at Winged Foot. “I haven’t played a lot of golf in the last month and a half. It was good to come down here and get some rust off.”

Chad Proehl of Urbandale, Iowa, made eight birdies Monday to offset a bogey and a double bogey to take a one-shot lead after a 5-under 67. But Proehl triple bogeyed the second hole and double bogeyed the fourth Tuesday to quickly fall from contention (he finished 29th after a 78.)

Donovan shot a 5-under 31 on the front nine to take a three-shot lead. Bogeys on the par-3 13th and 16th holes dropped Donovan’s lead to a shot. Kern caught him with a birdie at No. 17 before Balin closed with his two birdies.

Dylan Newman of Jupiter shot his second consecutive 69 and was fourth at 6-under 138. Kyle Szyhowski of St. Charles, Mo., shot the low round of the tournament, an 8-under 64, thanks to an eagle-birdie finish, to finish fifth at 139.
The PGA Tournament Series is presented by GolfAdvisor.com.

More From the PGA Tournament Series 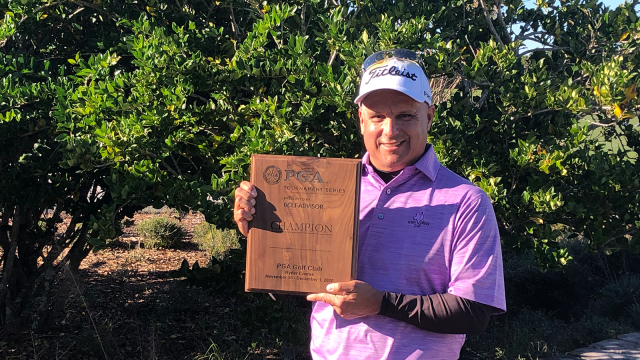 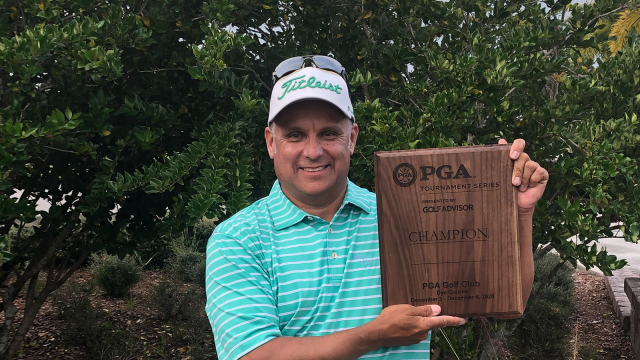 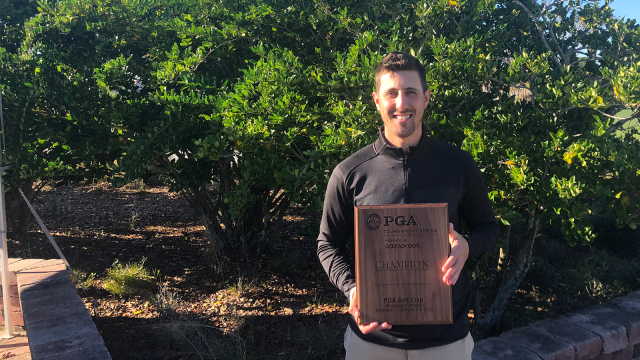 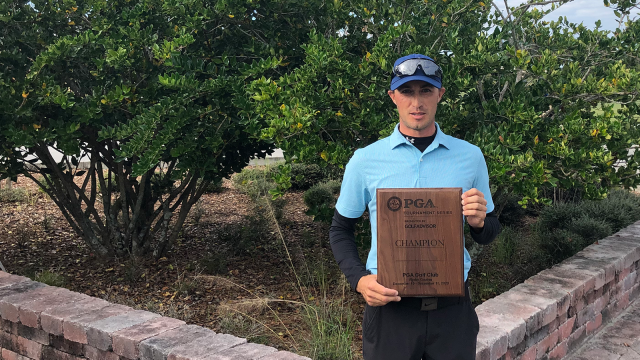