A drone view of Fields Ranch East at PGA Frisco. (Photo by Matt Hahn/PGA of America)

Over the next 12 years, the PGA of America’s new home in Frisco, Texas, will host 26 high-profile Championships at its pair of Championship Courses — Fields Ranch East designed by Gil Hanse, and Fields Ranch West designed by Beau Welling.
Those Championships include the National Car Rental PGA Jr. League Championship (2023, 2024), the PGA Professional Championship (2024, 2030, 2033), the KitchenAid Senior PGA Championship (2023, 2029), the KPMG Women’s PGA Championship (2025, 2031) and the PGA Championship (2027, 2034).
That kind of lineup is sure to establish the PGA complex in Texas as the symbolic nucleus of golf in the United States, and much of the responsibility for getting it Championship ready falls on the shoulders of Mark Tschetschot, PGA, and Kerry Haigh.
Tschetschot, a PGA Master Professional, has been in the golf business for decades, serving in various roles prior to his role as the PGA of America’s Senior Director of Member Championships. Haigh, likewise, is a golf lifer, having started his career organizing Championships back in the United Kingdom before joining the PGA of America and his current role as the Chief Championships Officer.
“PGA Frisco should provide a very interesting, challenging, exciting venue at which our major championships will be held,” Haigh says. “The course architecture, the rolling terrain and Texas winds should create a very good test of golf for the best players in the world.”
Tschetschot agrees, adding that the dichotomy between the Courses is another feature that makes the PGA’s home in Frisco stand out from other golf venues.
“You look at what Gil has done, it’s phenomenal, challenging and it’s a really good test of golf. Then Beau’s course is very playable yet will still provide its own test. They’re two totally different styles of golf, and I’m not sure which I’d rather play — they’re both exciting layouts. Whereas a lot of facilities that have 36 holes, they’re typically the same architect with similar design features, but these are not even close to being similar.”

Tschetschot and Haigh are looking forward to opening the doors and showing the game’s best and the general public as early as next year as the KitchenAid Senior PGA Championship pays a visit in May of 2023.
Though the Major Championship is still months away, both Haigh and Tschetschot are already knee deep in preparations.
“We’re making sure that everything logistically is ready to go,” Tschetschot says. “I’ve been working with [PGA of America Senior Director of Golf Course Maintenance Operations] Roger Meier on the [Fields Ranch East], and finalizing Championship yardages. I’ve gone around the course a few times trying to dial in the exact yardage we’re going to play at and make sure it’s where we want it as we get closer to the Championship.”
“Any time we bring one of our Major Championships to a new venue, it is always exciting,” Haigh adds. “Very few people will have seen or played the golf course prior to our first KitchenAid Senior PGA Championship, so that alone will make for a lot of discussion and interest.”
It’s not just players that Tschetschot and Haigh are thinking of, though, as they prepare to welcome guests to the property. A lot of planning has gone into laying out the two courses so that spectators have unparalleled views of the action during Championships. There’s also ample space set aside for hospitality tents and concessions.
“That’s one of the critical elements to any event: having a memorable fan experience and creating lasting memories for families and friends,” says Tschetschot.
Haigh points to the 400-plus-room Omni resort hotel on the property, situated just 150 yards from the players’ clubhouse, as another big draw for spectators, as well as the numerous ways that fans and casual players can themselves enjoy the game while they’re in Frisco.
“The facility has been built to accommodate every skill level of golfer,” he says. “Be it the “Dance Floor” (a two-acre putting course), the short [par-3] course, the practice range, the coaching facilities or the wonderful courses that offer a huge variety of tee options for golfers of all levels.”
The PGA of America has built something truly one of a kind in Texas, something that Tschetschot and Haigh both believe will elevate the game of golf in the U.S. for generations to come. To those who make the journey to Frisco for the facility’s grand opening, the PGA of America Welcome Home Celebration on August 22, and to those who come after, they promise an experience unlike any other.
“You’ll have everything here, from amateur events to Major Championships” Tschetschot says. “It’s the entire spectrum, and everyone’s going to see it, and see the PGA of America brand on it. Everyone who comes out is going to be wowed." 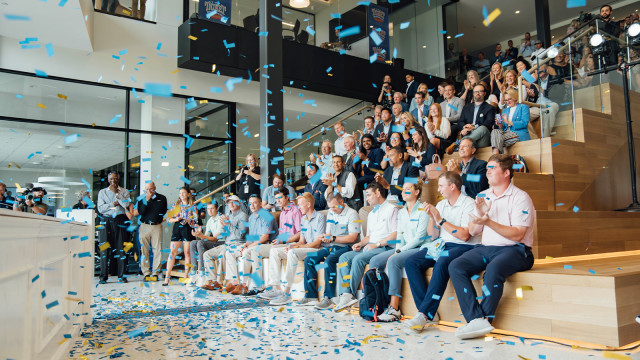 The New “Home of the PGA of America” Makes Its Debut 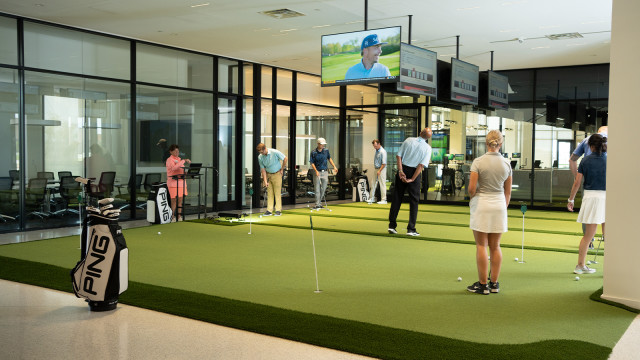 The Epicenter of an Educational Revolution in American Golf 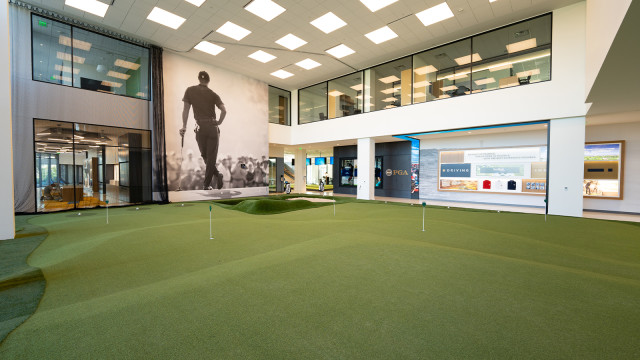