Cameron Champ of the United States plays a shot from the eighth tee during the third round of the 2020 PGA Championship at TPC Harding Park on August 08, 2020 in San Francisco, California. Photo by Harry How/Getty Images

Cameron Champ is in contention to capture his first major championship at just 25 years old. A few of the PGA of America members who participated in CBS Sports' 8:46 campaign shared their thoughts on what a win by Champ at the 2020 PGA Championship would mean for the Black golf community.

“Cameron Champ winning the 2020 PGA Championship would represent progress and inspiration to African American golfers. Cameron has been extremely vocal and supportive of creating more opportunities to bring diversity to the game. Cameron grandfather, Papa Champ was a special man and this moment would continue his legacy from the first day when he put the club in Cameron’s hand. We stand united with Cameron Champ for his work on and off the course. He is a big fan of Eastside Golf (Earl Cooper, PGA co-founder) which is a lifestyle apparel brand that continually inspires culture, promotes diversity & remains authentic. A win would highlight on the biggest stage that there are talented African American golfer and together we just need to continue to figure out was ways to support them with more opportunities. Simply put a win from Cameron Champ this week is just what the game needs.

“It is great to see Cameron Champ in such a great position at our Championship. Certainly for him to be in one of the final groups is great in itself, but if he were to win it would certainly send a wonderful message that opportunity and access make a difference for everyone.”

“Cameron winning the PGA Championship is not only an advancement for the sport of golf but for all people of color. Having African American representation at an elite level is imperative. I know his family, especially his grandfather would be extremely proud. You can count on one hand how many African Americans have won majors let alone PGA Tour events, and that needs to change!”

“When Tiger won his first major, the 1997 Master's with all the swag of the coolest kid in school from his first pumps to his bright red shirt, Tiger made it cool for an entire generation of Black and brown folks to play golf. He made me cool. I hope that a win today from Cameron Champ will do the same for a new generation of young minority golfers.
Cameron is an amazing young man who does so much for the community from his junior golf invitational to managing a par three course in his hometown to make golf more accessible to diverse communities. More than anything, it always feels good to see good people win, especially a fellow Bill Dickey Invitational Alum. A win for Cameron champ would be a real feel-good moment for myself and so many others.”

“Interesting question…If Tiger Woods, The GOAT with 82 wins, didn’t change anything for Blacks in golf, why would you think Cameron Champ’s PGA Championship victory would make any difference? System racism will still exist in golf and until we address the problems with the system, nothing will change.” 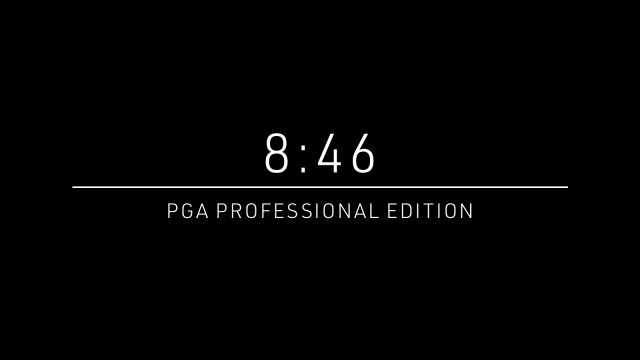