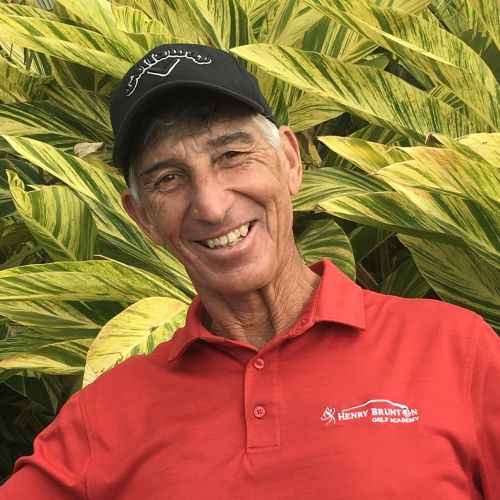 Dean’s career as a Golf Coach has taken him across the US and Asia. Prior to joining the Henry Brunton Academy he was the Director of Instruction for the MST Golf Academies in Malaysia. His diverse instruction programs have influenced more than 25 Malaysian Junior Golfers to take up golf scholarships in the US. 8 of his juniors have won Major International Junior Championships, and 3 of those juniors have reached top 60 in the World Amateur Golf Rankings. His programs have also influenced and inspired multiple Men and Women Malaysian Professionals. Professionals under his guidance and supervision are currently playing on Professional Tours around the world. 4 of his Professionals,(2 men and 2 women) played in the 2016 Olympic Games in Rio de Janeiro. His teaching philosophies were largely influenced by John Jacobs, one of the greatest golf instructors of all time. He was a Lead Instructor for the John Jacobs Schools in the US and China throughout the 90’s. He was also a former Director of Instruction for Pro Golf Schools and the Nike Golf Learning Centers in the US. Dean has been awarded the Golf Digest “2011 Top International Teacher of the Year” Malaysia, 2008 NPGIA Golf Instructor of the Year, and the 2001 American Golf Corporation, Professional of the Year. He is a certified “Golfpsych” Instructor and a member of the PGA of America since 1986. He currently coaches Elite Junior Players and Adults of all Skill levels at the Henry Brunton Golf Academy in Orlando.