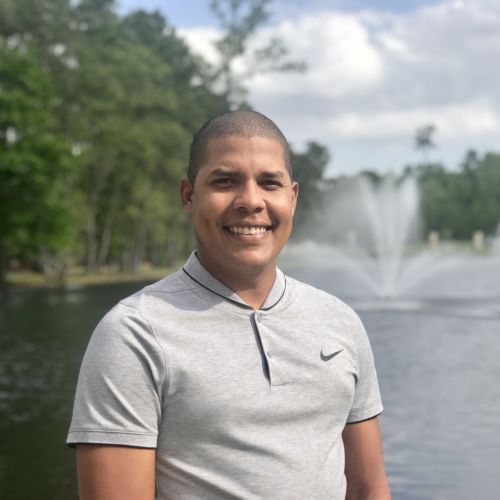 Julio is from a small town in East Venezuela. He played college golf at the University of Texas. Julio turned professional in 2013 and played the PGA Latino America Tour from 2014-2017. Accomplishments include winning the 2012 NCAA Championship, winning the 2012 Morris Williams intercollegiate, finishing T4 at the 2012 World Amateur Championship , competing in the 2013 US Amateur championship and representing his country at the 2016 World Cup of Golf in Australia.

His focus as a golf instructor is to assist golfer to achieve their personal goals by providing them with an environment and expertise that will give them the best possible opportunity to succeed.