By T.J. Auclair | Special to PGA.com
Published on Friday, November 1, 2019
Bermuda’s Michael Sims hasn’t played serious golf in six years.
Between 2002-2013, Sims spent parts of seven seasons on the Korn Ferry Tour — the breeding ground for the ultimate, the PGA Tour.
He made 111 starts in that time with five, top-10 finishes.
But never once — though coming oh-so close on a number of occasions — did he ever make it to the PGA Tour.
That all changed this week for the 40-year-old.
Don’t call it a comeback — yet — but this week, some 17 years after his professional career began and nearly six years after he decided to step away from the grind, Sims is making his first start on the PGA Tour at the inaugural Bermuda Championship after earning a spot two weeks ago in a local qualifier.
Few people were more delighted about Sims finally getting that elusive start than PGA Professional Steve Napoli.
Napoli, former longtime Wannamoisett Country Club (Rumford, R.I.) golf professional, head golf coach at Holy Cross and current partner with Brad Faxon and others in ownership at Metacomet (East Providence, R.I.), spent countless hours working with and grooming Sims for the big stage during — and for some time after — his college years at the University of Rhode Island.

“First of all, I couldn’t be happier for Michael,” Napoli said. “It’s hundreds of thousands that dream of making the Tour and I don’t know what the odds are? Maybe 1-in-a-billion to actually play in a tour event? For him to reach that dream and play in front of family and friends this week only makes it that much more special.”

As an amateur, Sims looked to be on the fast-track to the PGA Tour.
In the late 1990s-early 2000s, he played on an incredible URI team coached by Tom Drennan, with teammates including Jim Salinetti, Justin Thompson and Josh Hillman, who would all go on to become PGA Professionals.
That year — outside of college golf — Sims won the New England Open (the first amateur ever to do so), as well as the prestigious North-South Amateur at famed Pinehurst, defeating Bryce Molder in the 36-hole final. Also, that year, he claimed the Players Amateur and lost in the quarterfinals of the U.S. Amateur at East Lake Golf Club to eventual champion, Bubba Dickerson.
The future was bright as he turned pro, but that fast-track to a life chasing the sun on the PGA Tour never came to fruition for Sims.
It was Q Schools and mini tours, followed by Q Schools and mini tours.
But he was something of a mini-tour legend.
Like the time in July 2012, in the eGolf Tour’s Southern Open at the Country Club of Salisbury in Salisbury, N.C., when Sims became the first player in that tour’s history — and just the sixth in the game’s history (at the time) — to record a 59.
Funny enough, Sims muttered under his breath when he left a birdie putt short on that 18th hole. When playing partner Henrik Norlander asked what the problem was, Sims said, “I just left it short for 59!"
Norlander was quick to remind Sims, “No. You left it short for 58. This is a par 71, you shot 59! Dude, that’s a great round!”
After a 2013 season on the Korn Ferry Tour in which he made the cut just four times in 17 starts, Sims quietly stepped away from the pro game. He was tired of the grind. Tired of banging his head against the wall week in and week out trying to make a cut — you know, all that glamourous stuff people don’t consider when they hear a person “plays golf for a living.”
For the past several years, golf hasn’t been a priority for Sims. And, as a result, he seems to have fallen in love with it again.
When news broke earlier in 2019 that Bermuda would host its first PGA Tour event, Sims was determined to be part of the field. He found out everything he needed to do, worked on his game and then qualified.
If only it had always been that easy.
Napoli first met Sims before he was even in college through a mutual friend, the late Bob Marchetti. Marchetti grew close to the Sims family through golf business in Bermuda, where Sims’s parents, Bruce and Carol, ran golf course operations and the pro shop at a resort.
When Sims committed to the University of Rhode Island, where Napoli himself played college golf, the bond really grew.

“When he went to URI, me being the pro at Wannamoisett at the time and having played at URI made it a natural connection,” Napoli said. “I started working with him as soon as he arrived. He was an incredible talent and worked extremely hard. My relationship with him was unique. It was like friend and family and also co-worker. He worked at Wannamoisett those summer years. We would work indoors a lot when the club was closed — in a dome — during those cold winter months. It was a lot of technical stuff to improve the swing. For me with Michael, it was many hats — PGA Professional coach, co-worker and friend.”

As Sims began zig-zagging the U.S. to top amateur events and then bounced around pro tours, Napoli always kept a look out for his star pupil. It wasn’t always Napoli directly that helped Sims when he was on the road.
But, a lot of times, it was directly because of Napoli that Sims had the help he needed on the road, keeping that eye out from afar by working his many connections.

“From early on, I got involved with the PGA of America,” Napoli explained. “I was the New England PGA President and that got me more involved in leadership positions within the PGA, eventually serving on the Board of Control and 20+ years on the Membership Committee. Through that, the PGA gave me opportunities to network with folks around the country. As Michael started to travel and improve and play more and more tournaments, I was able — to a degree — to be an advocate of his. Denny Glass — former longtime chairman of the Northeast Amateur at Wannamoisett — did the same for Michael. He was a terrific talent who blossomed later in his college career.
“I was fortunate to meet so many great golf professionals through the PGA from around the country from networking at various workshops and those relationships helped me to help Michael at times. Same goes for Denny and the people he knew in high-level, tournament golf. Like any golf professional, I’m supposed to advocate for any of my students and get them to the highest level that they want to achieve. That was my job to look out for Michael.”

The workshops Napoli alluded to included trips out to California to see the Harmon brothers, or other professionals like Dick Coop and Jim McLean.
After a while, Napoli went from attending the workshops to being an instructor at the golf schools of these high-profile teachers.

“While Billy Harmon was at Newport Country Club (Rhode Island), I became very friendly with him and remain close to this day,” Napoli said. “I was close to the late Dick Harmon, too. I’d be invited to teach there at their schools and also with Butch and Craig. Now I’m near all these top teachers and doing schools with them and that gave me credibility. That’s really important in the teacher/player relationship – to have that credibility so the player knows that you’re going to do the right thing in their development and not take a step backward. In my late 20s, I remember McLean made a statement at one of those workshops that really stuck with me. He said, ‘never fear talent, embrace it.’ I tried to do that with Michael, and I can honestly say there was never a good player I had who had to take a step backwards, that’s a good thing. With Michael, specifically, there was always a steady progression.”

You could feel the ear-to-ear grin through the phone as Napoli talked about Sims and this special week in Bermuda where he finally gets to realize that PGA Tour dream.
Whatever comes of it really isn’t the point. It’s something Sims finally gets to check off the bucket list.
And Napoli isn’t so sure that’ll be it.

“Golf-wise, I don’t think the final chapter has been written for him yet,” Napoli said. “I think it’s really, really hard to come from a small country or small island and achieve what he’s achieved. I’m not so sure he’s done yet." 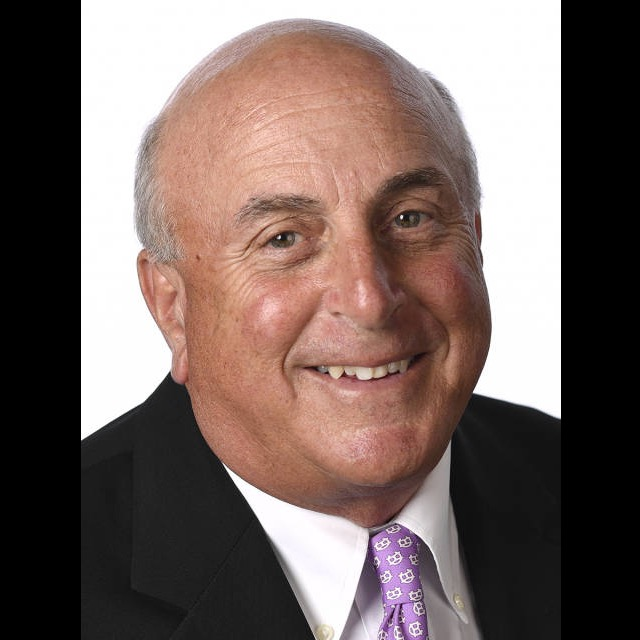