Matt Schalk hits his shot on the 11th hole during the final round of the 34th Senior PGA Professional Championship at Twin Warriors Golf Club on October 16, 2022 in Santa Ana Pueblo, New Mexico. (Photo by Justin Edmonds/PGA of America)

Matt Schalk—PGA Director of Golf at Colorado National Golf Club—knew nasty weather would play a factor in Sunday’s final round at the 2022 Senior PGA Professional Championship. After his Saturday round, he said he’d assess the conditions Sunday morning and come up with a number to aim for.
“I thought 76 would be my number,” Schalk said. “I thought if I could shoot a couple over on each side, maybe battle to that, that would be the number.”
Schalk, representing the Colorado Section, did one stroke better. His three-over par 75 put him at 10-under par 278, good enough to claim his first 2022 Senior PGA Championship title and the Leo Fraser Trophy.
Steve Schneiter, an Assistant PGA Professional at Schneiter’s Pebblebrook in Sandy, Utah, placed second at 8-under par 280 after firing a 5-over par 77 in the final round. A four-way tie for third place at 7-under par led to a playoff to determine the top five.
The playoff featured Alan Morin, an Assistant Professional at The Club at Ibis in West Palm Beach, Florida, who had a final round 2-over-par 72; Cameron Doan, the Director of Golf at Preston Trail Golf Club in Dallas, Texas, also with a 2-over-par 72; Alan Sorensen, the General Manager at Buena Vista Golf Course in Taft, California  (7-over-par 79); and Todd Bailey, the Head Professional at Lake Forest Yacht & Country Club in Daphne, Alabama (even par 72). Bailey was the first eliminated from the playoff.
After calm conditions and scores in the 60s during the first three rounds of the championship, Sunday’s final round featured gusty winds and rain at Twin Warriors Golf Club.

“It definitely felt like it was a good 25-30 mph steady with gusts going,” Schalk said. “I had my ball blowing around on a green when I was walking up to it. You never could quite get comfortable out there, but everybody had it. I went into it trying to not make doubles. Pars were like birdies. I just tried to make bogeys and understand that it wasn’t the end of the world if you made one, because you knew everyone was going to be making them, too.”

Schalk opened slowly, bogeying four of his first six holes. He picked up a birdie on No. 7 then settled in on the back nine, adding a birdie on No.12 and saving par six times.
“It was definitely the most difficult conditions I’ve ever played in,” he said. “No. 1 was our downward hole right off the bat. Then you have two back-to-back holes which are really tough. Those were a challenge to get through. I had a couple good birdie opportunities on the front nine, 4 especially, and just didn’t capitalize on those. That’s the way it goes. Then on the back nine, I had some great birdie chances coming in. Had great birdie chances on 15, 16, 17 even 14. I definitely settled in.”
Schalk will lead a contingent of 35 Senior PGA Club Professionals into the 2023 KitchenAid Senior PGA Championship, May 25-28, at Fields Ranch East at PGA Frisco in Frisco, Texas—the first major championship to be contested at the new home of the PGA of America.
Along with Schneiter, Bailey, Morin, Doan, and Sorensen, he will be joined by:
Doan and Bogar, an Assistant Professional at Golfcrest Country Club, are the two Texans to clinch spots in the 2023 KitchenAid Senior PGA Championship. As a member of the Northern Texas PGA Section, Doan is slated to hit the first tee shot of the tournament next May.
The top eight finishers ー Schalk, Schneiter, Bailey, Morin, Doan, Sorensen, Mitchum, Gaffney  ー also automatically qualified for next year’s Senior PGA Professional Championship at PGA Golf Club in Port St. Lucie, Florida, October 24-29, 2023.
“I’m ecstatic,” Schalk said of what lies ahead. “Coming into the week, getting into the Senior PGA Championship in Frisco was my goal. Even going into today, even though I was in a good spot (tied for second), I wanted to try to make sure I could get into the Senior PGA. I didn’t think about winning the tournament until I got to the 17 tee and was able to see the scoreboard. I knew I had some shots to play with coming in. Just needed to be smart. Now I’m so excited to be the Senior PGA Professional champion and everything that comes with it.”
For more information about the 2023 KitchenAid Senior PGA Championship, visit srpgachampionship.com. 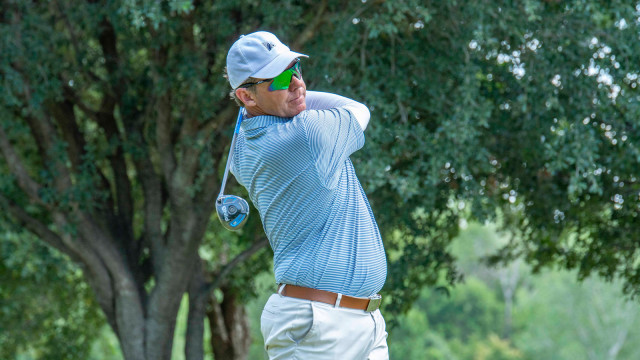 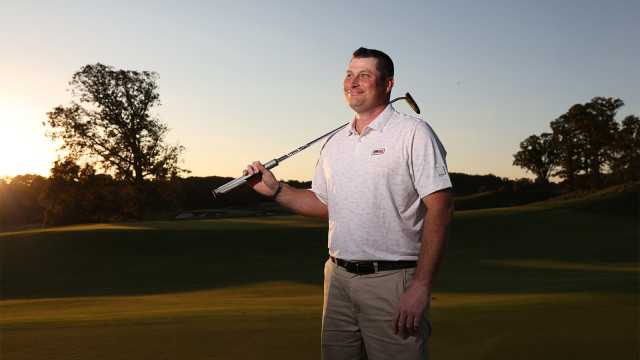 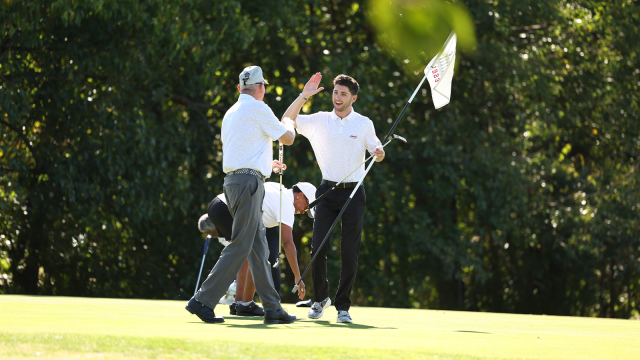