Family and Golf: Celebrating a Club Championship & Wedding Anniversary All in One Day

Published on Thursday, February 4, 2021
Editor's Note: The following series highlights stories from amateur club champions and how family has helped them reached the pinnacle of their game at the local level. Each champion is set to take their talents to the National level in the PGA’s National Club Championship March 13-15 at Pinehurst Resort.
If you have a great golf story, we want to hear it at mailbag@pgahq.com.
Having a good partner in life is just as important as having a good partner in golf.

Tanner Robison of Charles Town, West Virginia, had aspired to win his club championship for years and plans his golf calendar around the event each year. Robinson had to make a slight adjustment in 2019 however when he and his wife got married on club championship weekend.

“We made an ‘agreement’ that if I was okay with taking a year off, then she would never ask for that weekend off again,” Robinson shared. “A friendly agreement of course. Golf and relationships both require sacrifice.”

That agreement paid off in 2020 when Tanner won the club championship on August 2nd at the Woods Resort on his first anniversary.

“Being a little superstitious, I do think that maybe I had some extra help that day, some good karma and mojo coming my way,” Robinson said.

Tanner will be representing The Woods at Pinehurst in March. The trip to The National Championship will be a special one for the Robinson family as they are expecting their first child later this month. The family memories of Pinehurst and playing in a National event will last a lifetime. 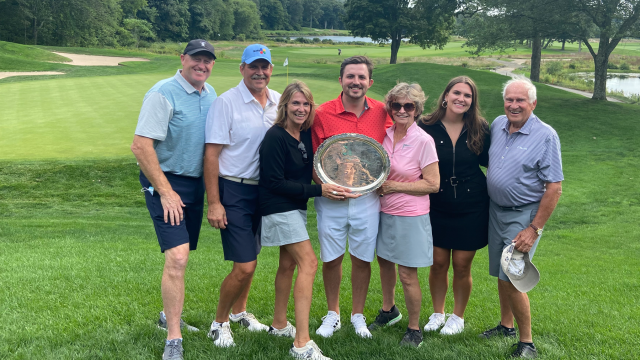 Family and Golf: PGA Club Championship Qualifier Got the Best of His Father in 2020 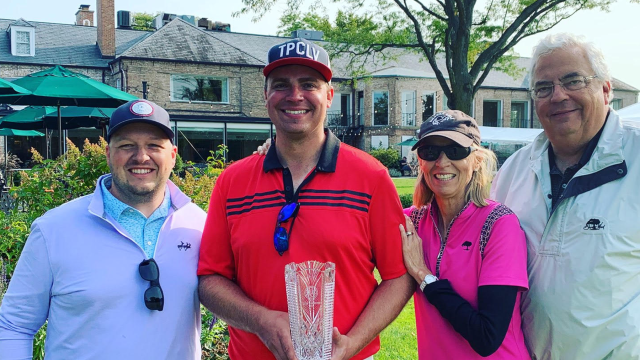