Get a daily inside look at The Masters with PGA Coach Brian Cairns.
Michigan native Brian Cairns is an accomplished player and coach. He's the 2015 PGA of America Senior Player of the Year. He's also a member of both the Michigan PGA Hall of Fame & Michigan Golf Hall of Fame.
This week, Brian is onsite at Augusta National as the PGA Coach to James Piot. James is the reigning U.S. Amateur Champion who started working with Brian at the age of 9. He's a standout at Michigan State and rallied from a 3-down deficit at the 2021 U.S. Amateur to earn his spot in the 2022 Masters.
Throughout the week, Brian will take you behind the scenes as he & James prepare & compete at Augusta National.

The weather early on Friday was just perfect, but as James began his warmup at 11 a.m. the wind began to blow. Clouds rolled in and gusts were up to 25 MPH with durations up to 20 to 25 seconds. In the warmup, we worked on flighted shots for a bit and a ton of bunker shots.
He rested at lunch, came out at 1:00 really ready to play. We hit a few more balls into a strong southwest wind, hit a few putts and then it was off to the first tee.
It was another day with Hideki and JT. For a student of the game, he had a front row seat to a pair of Major Champions. A really good start, a few stumbles in the middle of the round and a pretty solid back nine proved to me that this James Piot was ready to do this full time. It was a missed cut but a huge week for James. After the round, we had a really good 15 minute debrief chatting about only the positives and things we will do tomorrow.
We will work on face control, less turf interaction with his pitching and then it’s off to RBC next week.

Today was the day. I got to see the young man I started working with 14 years ago on a little golf journey now playing in the Masters.
We arrived at 10 a.m. for a quick bite to eat and headed to a warmup session— hitting wedges and bunker shots next to Tiger was a good start. After an hour, we headed to the first tee. His pairing was with Justin Thomas and the defending champion Hideki Matsuyama. I stood back and watched (emotionally) as he hit his opening tee ball pretty well, even though it slipped into right bunker. A struggle to get comfortable found him over par overall. He might have pressed a bit on the back nine. It was a tough finish, but his first major championship round is in the books.

We debreifed on the range afterwards and he knew the issue may have not been all mechanical, and he knows tomorrow will be better. We did a simple swing check up and hit a few putts as well. He was extremely positive and he learned a ton.

“It’s a cool experience here at Augusta National, playing in a Masters. I’m extremely bummed with how I played and it’s gonna sting for a little bit, but it’s the Masters, it doesn’t get any cooler than this. I’m just going to soak in the experience. - James Piot @themasters pic.twitter.com/xPbi5CPXUo

Today, I met James at Augusta National at 8:30. We wanted positive thoughts for the final preparation day so we hit balls for almost 2 hours and we found a feel that he is going with tomorrow for the opening round.

We made our way to the 1st tee and met up with Vijay Singh, MacKenzie Hughes and Corey Conners.  Playing with someone who’s won a green jacket like Vijay was perfect. Unfortunately, after 5 holes pulled rain them off the course. After a brief delay, we hit some more balls to keep the feel from earlier in the day. We then hit bunker shots and high lob shots for 2 more hours.

Now it’s time to put up our feet up and put it all into motion. He’s very excited about his pairing tomorrow.

Today was a short day due to the weather. It really was about getting out early to get on the back nine before the rain came.

We always start our sessions with Trackman on the range — Hitting wedges through 5 iron and working on a shallower angle.  We worked most of this winter on getting his club more out in front. We still have a little bit more to go without the shaft getting too steep. James played a quick 8 holes with Bryson DeChambeau and at 16 they skipped balls across the lake. He had a great time with Bryson and advice was shared.
We walked up the 18th hole after the siren rang. It was good timing. James needed to rest. He shared more Crows Nest stories and committed to staying there all week. He finished with … “why not it’s Augusta”

Played 9 with the US Amateur Champion @jamespiot1. Great game and bright future. pic.twitter.com/7pgfrF998E

We arrived on property at 9:00 AM and for the first 15 minutes, James [Piot] described the Crows Nest experience to us.  As he warmed up, we showed him some comparisons of swings from this winter and had him hit push draws to give him the feel of the James of old. The day on the course was spent with Matthew Wolff. He was a great guy — James & him played some junior golf events together so it was a blast for them. We got to see Augusta turning a little fast today and we adjusted our attack. The greens were a bit faster than players remembered from past Mondays. James played well but we tweaked a few things on the range after a 6-hour round. He finished his day at the Amateur’s Dinner and I’m sure he has his feet up watching the basketball by now. It was a good day.

Hear from @jamespiot1 on his practice round at @TheMasters and ALMOST playing with @TigerWoods #GoGreen pic.twitter.com/eIBTvowmjk 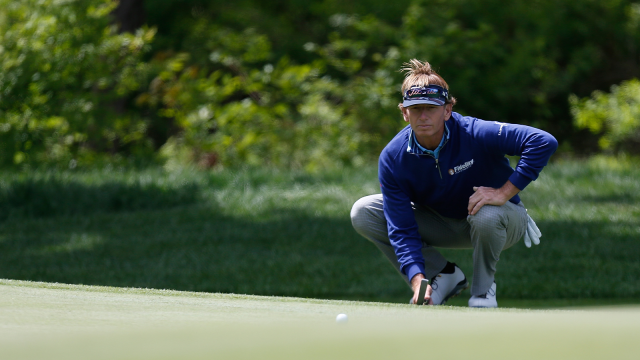 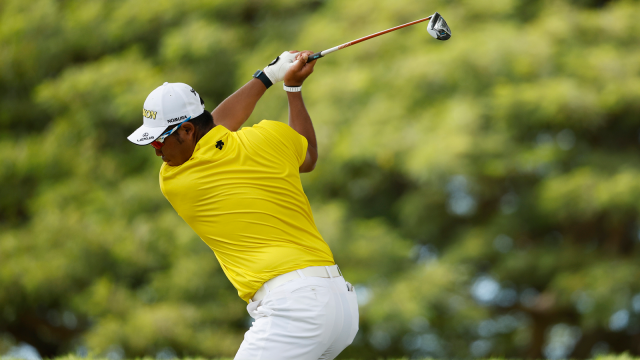 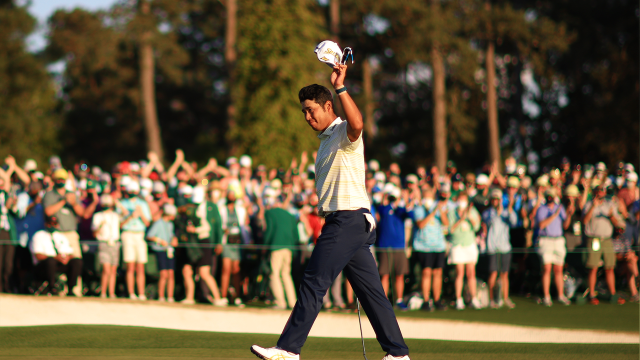