If the Club Fits: Getting the Most Out of Your Fitting Experience

By Matt Adams
Published on Wednesday, December 28, 2022
In our last conversation with PGA Coach Eric Hogge, a leading equipment expert at the home of the PGA of America in Frisco, Texas, we discussed the benefits of custom club fitting. Now, it’s time to learn how a PGA Professional approaches a fitting session and how that can better educate you the next time you’re looking to get fit.

“A number of things go into it, and it depends on the player in front of you,” Hogge says. “For an out-and-out beginner, we have to make some assumptions about where the player’s athleticism may take them in the future. If you’re an established player with an established swing that you’re happy with, the scenario is a little different.”

For the latter player, Hogge concentrates on small adjustments that can help them strike the ball more consistently. For the former, there’s more guesswork involved, with Hogge having to predict what the player’s learning curve will be.
“I think one of the big misconceptions about fitting is that it’s 100% science,” says Hogge. In reality, it’s a lot more nuanced than simply analyzing launch angles and spin rates and tweaking equipment based on those numbers.
More from PGA

“We like to say club fitting is an art based on science based on player preference,” Hogge continues. “For instance, if you’re playing up in Breckenridge, Colorado, close to 9,000 feet elevation, your ball flight desires and what you need out of your equipment might be different than someone at sea level. It’s not quite, ‘Hey, let’s look at this chart, and this is what your spin rate should be for a 7 iron, and this is what your launch angle should be for a driver.’ A club fitting needs to be fine-tuned more specifically to the individual, not just for their talents and abilities and where they’re going, but also to their playing desires and their geography.”
Of course, body measurements also play an important part in the club fitting process. By way of illustration, Hogge recalls a student he once worked with, a 17-year-old who was a pretty good player, but who had trouble hitting the ball with consistency.

“This guy was five foot seven with long arms, kind of built like Ben Hogan, and his swing just didn’t look right,” Hogge says. “And although there are no standard club lengths in the industry, his were in the neighborhood of a half inch longer than normal and two degrees upright. So, you think about a guy who’s five seven, with longer arms than his body type generally would have, playing clubs that are a little bit longer and a little more upright than maybe they would be for another player, and he’s having to make too many adjustments in his golf swing.”

With a few changes to the student’s clubs, Hogge was able to help him find the sweet spot on his clubface on a more consistent basis, using a much more efficient swing. And while Hogge admits that the better athletes can oftentimes make ill-fitting clubs work for them, it’s hard to develop an efficient swing when clubs are either too long or too short, or have the wrong lie angle for a player’s body type.
There’s a little peek behind the curtain at what a club fitting entails from the pro’s perspective.
Stay tuned for the next installment in our equipment series where we tackle the underappreciated art of grip fitting and ball fitting. 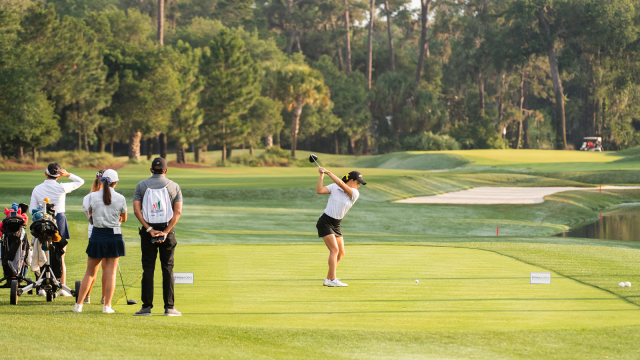 Understanding How the Clubface Works 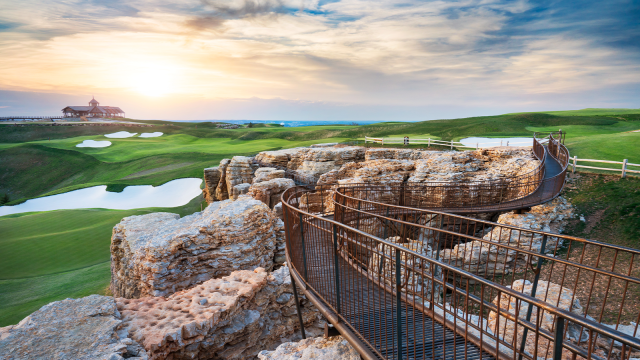 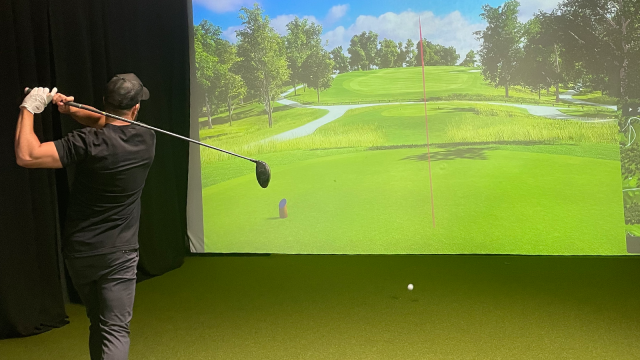 If the Club Fits: Why Getting Fitted for Your Clubs Matters