Troy Brin and Colton Hensley at the East Potomac Golf Links on October 14, 2022 in Washington, DC. (Photo by Scott Taetsch/PGA of America)

Troy Brin views golf differently than most people.
Sure, the score matters. He’s trying to play his best every time. But ultimately, the game means so much more to him than that.
“I say this all the time to my wife and it’s so true,” the 49-year-old, retired 20-year Infantry Master Sergeant in the Army said. “If I can take you to a golf course and you shoot a 110, and for 110 times all you’re worried about is that little golf ball and not the world, that makes all the difference.

“It’s my escape to give all my attention to that little white ball – that little ball that probably means nothing to a lot of people sure me means everything to me.”

To understand why golf is so deeply important to Brin, and the effect it’s had on his rehabilitation and personal evolution, it’s important to go back 26 years to the most difficult day of his life.
It was June 18, 1996. That fateful day at Fort Campbell in Kentucky, Brin, then 22 and a recent graduate from Army Ranger school, was recruited by his Platoon Sergeant to help participate in the 101st Airborne Division’s live-fire demonstration with UH-60 Blackhawk helicopters.
The training exercise was a mock rescue to save soldiers on the ground who were pretending to be injured. But during the session, the main rotor blades of two choppers touched, causing them to collide and plummet to the ground from 100 feet in the air.
Six soldiers were killed and 30 people were injured, including two civilians who were watching the maneuvers from the ground. Brin broke his sternum, several ribs, an ankle, had cuts all over his body and injured his heart. He was in intensive care for two weeks.
The aftermath of that traumatic event was every bit as horrific. Brin had to attend six different funerals, including one for his roommate, one for his First Sergeant and one for the pilot of one of the choppers who had a 2-month-old baby at the time.
Yet somehow, while in the hospital, while dealing with unimaginable pain and loss, the only thing Brin could think to do was to re-enlist in the Army. He was squarely in the middle of his reenlistment window, and rather than walk away, the Florida native decided to stick around and make it his life’s work to remember those who died alongside him during that practice mission.
“What would they do?” Brin asked himself, wondering how those who died would’ve responded if circumstances were different. “My mindset was to pay honor and tribute to those we lost that day. It was an easy decision.”
An easy decision, but a difficult grieving process, one that continues to this day. Brin had survivor’s guilt and would stay up for nights on end and watch a recording of the accident over and over again. Hundreds of times. Maybe thousands. He couldn’t help but wonder what could’ve been done to avoid the deadly accident.

“I struggled with it,” he said. “Pretty much everyone in my platoon was wiped out.”

Brin remained in the Army for another 17 years and served multiple combat tours as part of Operation Enduring and Iraqi Freedom. He was in Kosovo during the September 11 terrorist attacks and admits that he didn’t realize the magnitude of the situation until he was called back to the United States.
“We didn’t grab the gravity because we weren’t surrounded by it,” he says. “We flew over Ground Zero on the way in and that’s when it truly sank in. When I got home and heard all the stories, it was very eye-opening to us.”
Brin uses the memories of his experience to help pay it forward by working for various Veterans services organizations since his Army retirement in 2013. Three months after he left the Army, he landed a regional manager job with the Wounded Warrior Project in Kansas City. Two years later, he moved to Massachusetts and now lives in Belchertown, where he is the Director of Veteran Services for the town of Monson.

“It’s something that I’m passionate about, trying to help my brothers and sisters in arms as much as I can,” he said. “I get to be a part of people’s high times in their lives and also the low times in their lives. But the cool thing is I get to make a difference.”

It was only recently that Brin turned to golf to help make a difference in his own life. He had played several sports while growing up in Oldsmar, Fla., but never played golf until his early military days. Back then, it was just an occasional range session or a charity scramble with a few buddies.
Twenty years ago, he was stationed in Hawaii and would take his then-5-year-old son Matthew out to play a few holes each day on the nearby golf course. Brin saw how much the game helped him bond with his boy, so he would buy one club for Matthew with money from each paycheck until he was able to get him a full set with a bag. A couple years later, Brin was deployed elsewhere, and that ritual ended.
Once Brin moved to Massachusetts seven years ago, he started to tinker more with the game again; he’d play occasionally with fellow Veterans but it was never anything serious. It wasn’t until last spring that Brin learned of the PGA HOPE program and how he could receive free golf lessons because he served time in armed forces. PGA HOPE (Helping Our Patriots Everywhere) is a flagship military program of PGA REACH, the charitable foundation of the PGA of America. PGA HOPE introduces golf to Veterans to enhance their physical, mental, social and emotional well-being.
Brin signed up and became instantly hooked. He was struck by the compassion of Dennis Dungee, the PGA HOPE lead professional for the PGA’s Connecticut Section. There was empathy and kindness shown toward the group. For the first time in a long time, Brin felt “normal.”

“It makes us feel accepted in the community, and it makes us know that we fit in,” Brin said. “Other people see value in us, which is important for us all to feel.”

Dungee insists that the Veterans in his program always feel comfortable. If there ever is a time they do not, all they have to do is look at Dungee and say “hakuna matata.” Although the phrase from “Lion King” fame means “there are no problems,” in this case, it means “no questions asked.” It’s a safe phase of sorts, the Veterans’ way of letting the instructor know that they need a few moments and are not in a good head space.

“I emphasize, we’re here to be safe. The other goal is to have fun. The next goal may or may not happen, but that’s to learn just a little bit about golf,” Dungee said.

Brin has come so far in such a short time within the PGA HOPE program that Dungee nominated him to be an Ambassador, which meant Brin was one of 20 Veterans chosen to participate in PGA HOPE National Golf and Wellness Week last month in Washington, D.C., hosted by Congressional Country Club.
“Getting to know him has been an honor,” Dungee said. “He’s serving Veterans and just to see him come and take part in the program, it’s an honor to get to know him.

“Golf has become a big part of his rehabilitation journey. Some of the changes within him just the last four months are great to see.”

The structure that golf provides has helped Brin immensely. He plays at least once a week with his veteran friends and tries to get in an extra range session, too. His new wife, Kara Kirchherr (they married in April), realizes that her husband needs time away to clear his head and decompress so she never worries about him playing too much golf.
“It really has changed the trajectory of my life,” Brin says about the game. “If you were to talk to my wife now about where I was 12 months ago to where I am today, I think she would be glowing at how much I’ve changed.”
Playing golf and hearing testimonies from other Veterans made Brin realize he needed to go to more therapy to deal with issues still stemming from all the trying times in his past. Now, he sometimes attends three sessions per week. The day before this interview was conducted was not a particularly good day, according to Brin, saying he had a rough time during his cognitive processing therapy (CPT) session, which is designed to help reduce symptoms of PTSD.
The topic of this particular session? June 18, 1996.
With the rough days, however, come plenty of great days – days at work, days on the golf course, days spent with his new bride. Brin admits that there was a time not all that long ago when this new sense of peace in his life didn’t seem possible, when he would drink up to 18 beers a day and fall asleep in a bad mood. Now, if he has three drinks a week, he considers that bordering on too many.
“I was always encouraging people to go to these [Veteran services] programs but I had never done them myself,” Brin said. “Without PGA HOPE I wouldn’t be going through the therapy that I am now and I would probably be drinking heavily and not being the person that I’m trying to be today.”
To support the 2022 National Day of HOPE Campaign, please visit the Official Fundraising Page. 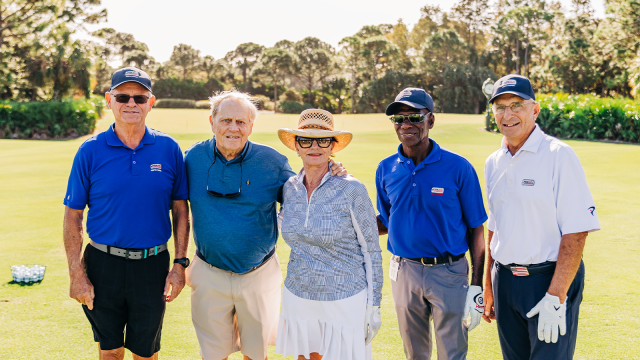 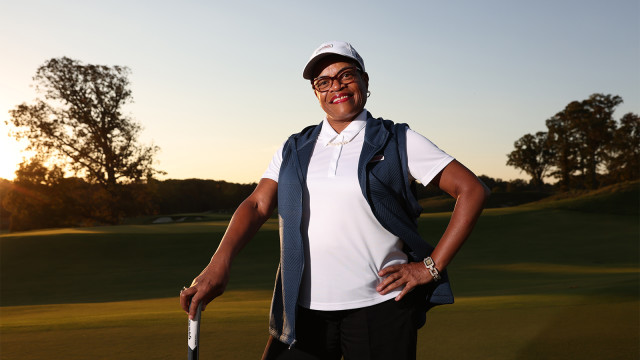 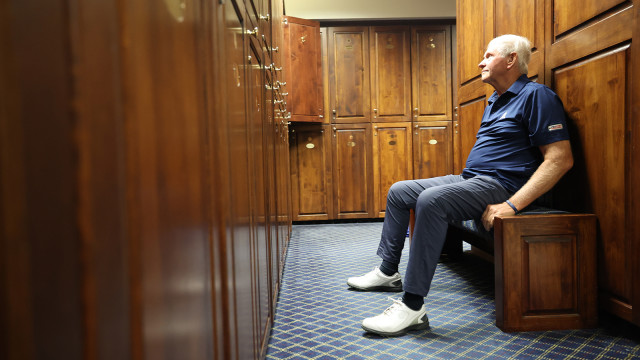 Mission Complete: Veteran Randall Halsey Discovered What He was Looking for in the Game of Golf