The PGA Jr. League participants pose for a photo at the PGA Jr. League Day during the third round for the 2022 KPMG Women's PGA Championship at Congressional Country Club (Photo by Montana Pritchard/PGA of America)

About 100 junior golfers descended on Congressional Country Club Saturday at the 2022 KPMG Women’s PGA Championship for PGA Jr. League Day. They got the opportunity to watch the best players in the world compete in a Major Championship and participate in a clinic hosted by LPGA athletes Sarah Jane Smith and Katherine Perry-Hamski.

Abigail, who picked up golf over the COVID-19 pandemic in her backyard back in 2020 and now participates in PGA Jr. League, got her first taste of LPGA Tour action this week.
“I liked watching the players actually hit the ball,” Abigail said, “and answer some questions. It was really nice to hear their feedback.”
The advice went beyond just swing thoughts and how to hit a shot, but a reminder to enjoy the game they’re playing.
“If you're having a bad day,” Abigail explained of Smith and Perry-Hamski’s advice, “don't bang up yourself, kind of just chill out and remember that you are good and you are playing golf.”
Abigail's last time at Congressional was when she was just a one-year-old, with her family, watching Rory McIlroy dominate at the 2011 U.S. Open. She really enjoys playing in three-on-three scrambles with friends over nine holes in PGA Jr. League.
“I'm enjoying spending the time with her,” Abigail’s Dad, Andrew, said, “and seeing her progress and just understanding and learning the game and interacting with other kids her age. I think it's beyond the sport, it's great socially [for her].”
Her Mom, Jessica, appreciates the opportunity the PGA League provides to watch Abigail grow.
“We are not there in the day-to-day of schools,” Jessica said, “but we're here seeing her teammates in her work together in the game of golf, which has been a great observance for us.”
The family last went to LPGA majors when this tournament was held at Bulle Rock Golf Course in nearby Havre de Grace, Md., in 2005 to 2009. Hoping for more LPGA events to come through the area, Abigail succinctly summed up the day before heading off to a scavenger hunt, polishing off her ice cream, and seeing more of her favorite player, Nelly Korda.
“It's been amazing,” Abigail said, “It's very inspiring.”
It was surely a day to remember for Abigail, her family, and all of the PGA Jr. League players who enjoyed some time watching and interacting with the game's best. 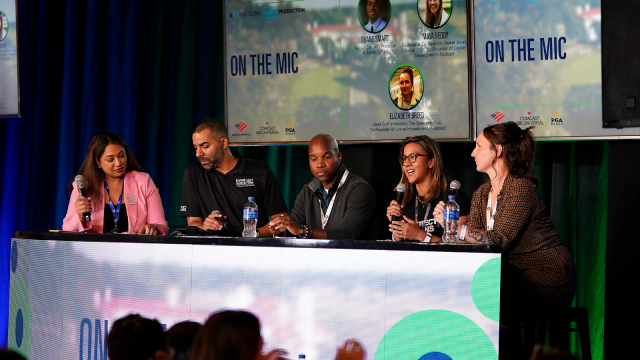 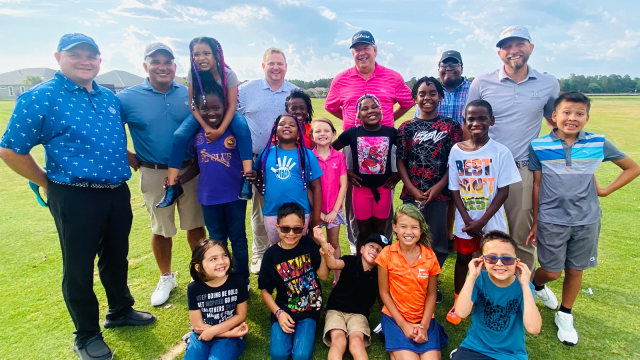 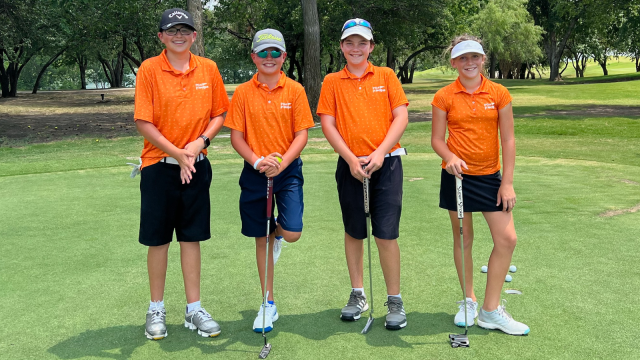