By Keith Stewart, PGA
Published on Thursday, May 26, 2022
Go to SrPGA.com for full coverage.
85 years ago, a tradition started in Augusta, Georgia at Augusta National.
A Championship tradition won by the likes of Gene Sarazen, Arnold Palmer, Gary Player, Jack Nicklaus, Tom Watson and last year, Alex Čejka. The KitchenAid Senior PGA Championship is the oldest major championship in men’s professional senior golf. This week, the Championship returns to Benton Harbor, Michigan and Harbor Shores.
The Golf Club at Harbor Shores is a unique golf experience. Not many venues take you through 4 very distinct natural landscapes like this golf course. Competitors this week will start playing the first six holes inland or parkland style golf. The final three holes of the front 9 take players out into the dunes as they approach Lake Michigan. Starting the back 9 are four woodland holes and the course closes with five holes along the Paw Paw River.
This unique experience is hosting a strong field of the PGA Tour Champions best players and PGA Club Professionals 50 and over. 23 of the Top 25 Charles Schwab Cup money list are entered, a half dozen who competed last week at Southern Hills in the 104th PGA Championship including defending KithchenAid Senior PGA Champion Alex Čejka and 39 PGA Club Professionals.
Each of the four prior Harbor Shores winners are teeing it up as well: Paul Broadhurst (2018), Rocco Mediate (2016), Colin Montgomerie (2014), and Roger Chapman (2012).

Favorites to win the Alfred S. Bourne Trophy include Miguel Angel Jiménez, who has already won twice this year, and Steven Alker. In his first 18 tournaments, Steven has 3 wins, 3 second place finishes, 15 Top 10’s and has finished Top 25 in each.

Another eagle for Alker 🦅

Steven Alker makes eagle on 15 for his third of the week. pic.twitter.com/4tDncM2sOU

As a PGA Coach watching the senior circuit, I’ve notice some different movements that might help you gain some mobility and then power in your own swing. Alker has stormed the PGA Tour Champions stage by driving the ball long, hitting almost 80% of his greens in regulation and making a ton of putts. Watching that video above, you can see how Steven really uses his lower body. So many of us at any age do not utilize our legs in the golf swing. Go back to the video and look at these three keys.
Alker’s performance has been amazing. In reality, he’s moving his body better than most other players he’s competing against. We all have mobility issues, and by asking a PGA Coach to help you move better, you will play better. Follow Steven’s success and look for others this week in Michigan to copy.
The 85th KitchenAid Senior Championship will be televised Thursday and Friday on the Golf Channel, Saturday and Sunday on the Golf Channel and NBC. For the most complete coverage, go to https://www.srpgachampionship.com/. 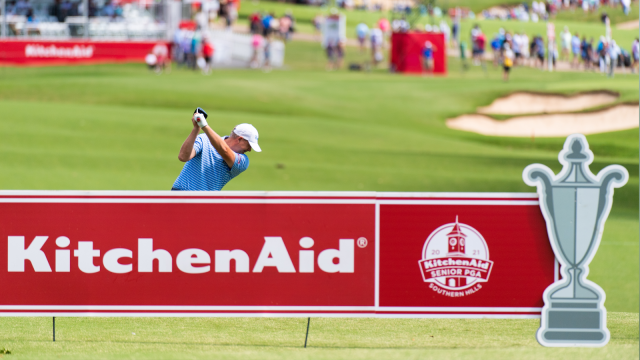 Golf and KitchenAid: The Perfect Match 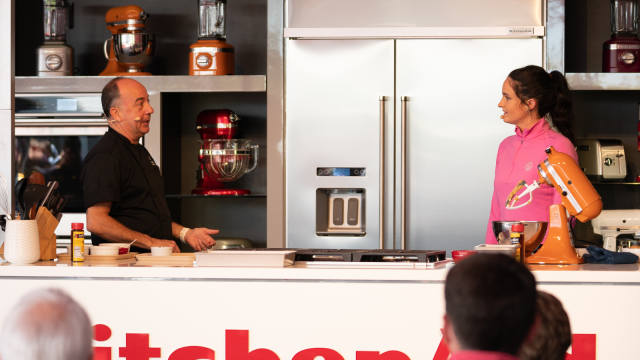 The Perfect Mix: Recipes to Help You Prepare, Stay Fueled and Recover after Your Round