Watch Rahm and Put the Ball in Play

Jon Rahm of Spain plays a shot from the third tee during the final round of the Mexico Open at Vidanta.Getty Images

Jon Rahm secured his seventh win on the PGA Tour this past Sunday at the Mexico Open. The long layout designed by Greg Norman really tested the driving ability of the entire field. Rahm’s ability to send the ball far and in play ranks with the best in the world. When you watch his simple action, most golfers just see a short backswing and an aggressive acceleration through the ball.
There’s more to it than meets the eye. As we prepare for the Wells Fargo Championship this week, very quickly driving the ball in play becomes a major concern. The TPC Potomac course at Avenel Farm puts a premium on driving accuracy. In 2017, the course played as the most difficult non-major championship course on the PGA Tour. Even though we haven’t played a tour event at TPC Potomac since 2018, the players remember that level of difficulty.
In celebration of Rahm’s win and while looking ahead to this week, let’s use Jon’s amazing off the tee ability to help you find the fairway more often. Check out this amazing timeline post of Jon Rahm’s swing by the PGA Tour.

Amateurs and PGA Tour competitors marvel at the simplicity of Rahm’s swing. It truly is brilliantly uncomplicated. For the amateurs looking to improve their driver action, there are two specific connected moves I want you to copy from Jon. The first is kind of deceiving on Jon’s part and takes an educated eye to see. Rahm’s swing is short, but also very wide. Look again at all the videos in the Tweet.
Notice how he swings the club head away from the ball. Extending his arms and creating an unbelievable arc. Short doesn’t mean narrow, it just means there’s less length to his backswing than some others.
Get to the practice range and try this PGA Coaching drill. Grab your driver and get in your address position. Begin your takeaway by turning your shoulders and trunk, do NOT bend or break your wrists. Notice how far the clubhead is away from your body.
The longest club in the bag benefits from the most amount of space. Maximizing width in our backswing has two wonderful benefits. One, you will become more consistent, and second you will strike the ball harder at impact leading to more distance. We all know Jon Rahm hits it long and straight!
Let’s get back to our drill and add the second move to mirror from Rahm. You will notice in the above drill, there comes a point where the trunk can’t turn anymore. When you feel that block, don’t stop turning, just start to bend your trail elbow. Keep the lead arm extended, don’t bend that one. Repeat these two motions over and over again. One way to really cement the feeling is perform this drill in front of a mirror and another option is with your eyes closed.
Whether you watch the swing from 2016 or 2021, the move remains the same. Rahm extends that clubhead away and then folds that trail arm once the club reaches its maximum width in the takeaway. As Jon proves, it doesn’t matter whether your backswing is long or short, creating the most amount of arc is what really counts. 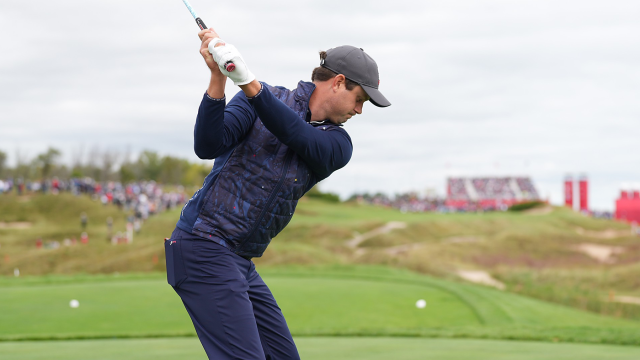 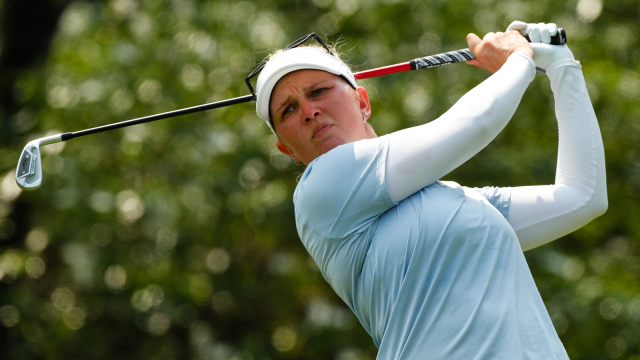 Find Your Flow in Each Round 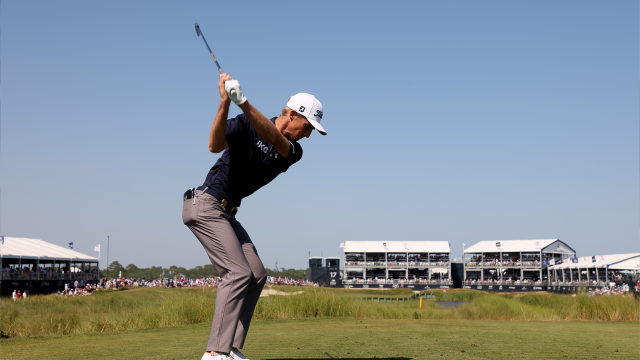 Lost on How to Turn? Grab a Balloon and Try this Drill 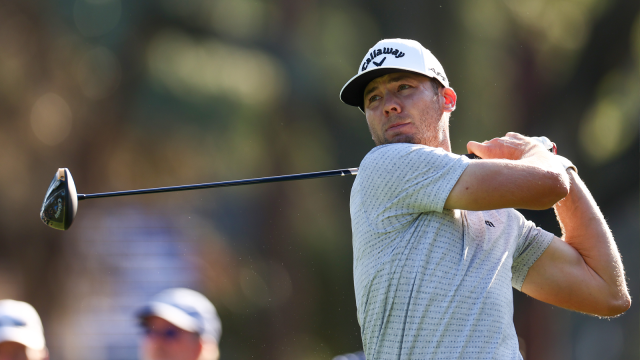