By Jay Coffin
Published on Sunday, November 20, 2022
Cassie Prue, PGA, has a lot to be thankful for this time of year. She’s awfully sad, but still filled with gratitude.
Joseph Prue passed away on October 20 due to congestive heart failure. Cassie’s father was 69. He taught her the game, they bonded over it when she was at a young age and Cassie can’t remember a time when they weren’t tremendously close.
Now, he’s gone, no longer her guiding force, and she’s left to navigate her way through the holidays without her biggest cheerleader for the first time in her 31 years.

“His favorite thing was watching his kids and grandkids open presents at Christmas,” Cassie says. “He tried to personalize everything he gave us and put so much thought into it. Gifts in general. He would wake me up to show me what he got me. He couldn’t wait. That’s going to be hard. It’ll be different for sure.”

Cassie is the PGA Head Professional at Eldorado Country Club in McKinney, Texas. She’s only been in the position, her first as a head professional, for a few months, but she’s extremely thankful that her father was alive to learn of the news.

“When I told him this, he put me on speaker phone so everyone could hear,” she said. “He said, ‘you’re so young and you’re already at this spot.’ Anything related to my career or my life he was over the moon about. All the time.”

Cassie grew up on the Rosebud Indian Reservation in South Central South Dakota. It was there where she would join her older brother Michael to play Spotted Tail Golf Course, a nine-hole layout. Their father would play with friends while they would follow along behind carrying their sawed-off clubs. They were free to wander where they wished on most days and knew that they’d always eventually run into Joseph at some point along the way.
“I spent most of my time there and didn’t realize that most other kids didn’t do that,” Cassie said. “It was a pasture, you could see the whole nine. We’d play, get tired and come back, rest, then go play again.”
Joseph picked up the game at age 12 and carried a scratch handicap for more than 30 years. He was an x-ray technician for Indian Health Services in South Dakota but played in as many golf tournaments as he could over the years – competing mostly in indigenous tournaments in South Dakota and Iowa.
Cassie played basketball, volleyball and golf competitively in high school and always believed that she’d end up working in the golf industry. She landed her first job at a club nine years ago, became an assistant for the first time in 2016 at We-Ko-Pa in Scottsdale, Arizona and moved to Texas in 2019 before quickly working her way up to the top spot at Eldorado.
“I just jumped into it all so quickly that it didn't give me a chance to be scared or worried,” she said. She likes the idea of becoming a director of golf one day but doesn’t believe she’d like to go so far as to become a general manager of a facility.
“I like golf and I like staying in my lane,” she said. “I want to deal with golfers. I understand the game and can connect with people deeply in that sense.”
Just like her father did with her all those years ago.
Cassie has been a PGA LEAD Cohort VI member for the past two years and has thrived in that role. PGA LEAD is the PGA’s leadership development program, created to identify, mentor and develop PGA members from diverse and underrepresented backgrounds into leadership positions within the association. She was nominated for Golf Professional of the Year in the Northern Texas PGA Section two years ago, and now that her stint is over with the PGA LEAD group, plans are in place to use her and all the others in her group as mentors for future classes of cohorts.
All of these topics, among others, were discussed at the PGA Annual Meeting earlier this month in Phoenix, something that excited Cassie. She reached for her phone on several occasions, just like she did so many times in the past, wanting to share the events of her day with her father.

“It was overwhelming,” she said. “I’d come out of an interesting session and I’d go to call him. But I’m now on my own. He helped me get this far, now I need to get myself through the rest of my life.

“Everything I do will be in memory of him now. I have to keep going. If not, all of the hard work that I did with his help and support would be wasted. I will not give up.” 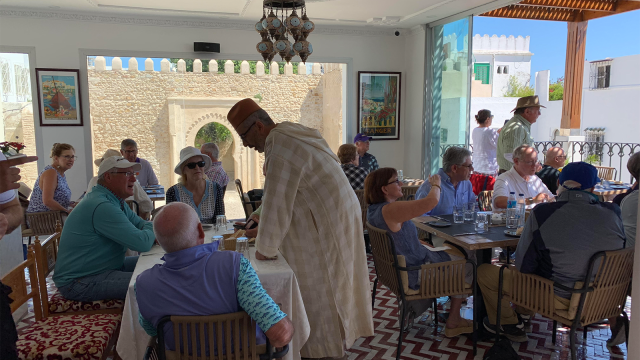 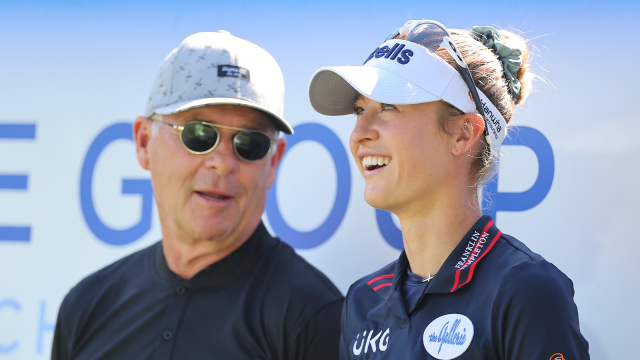 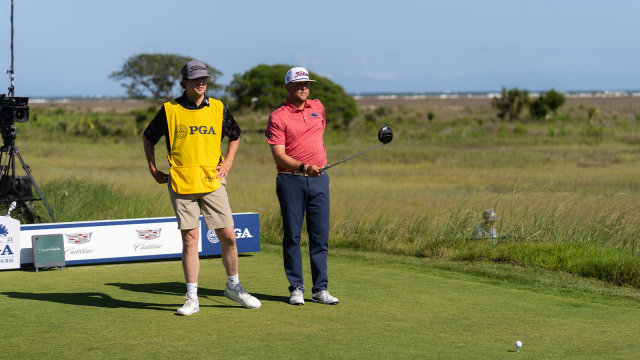