Balance and Power: How to Mimic Rory's Drives

Rory McIlroy of Northern Ireland plays his shot from the 14th tee during the first round of the RBC Canadian Open at St. George's Golf and Country Club on June 09, 2022.Getty Images

Watching Rory McIlroy rip drives is intoxicating. There’s so much about his off the tee game we all marvel at. Many amateurs probably believe there isn’t much you can take away from one of the best drivers in the world, but you can. The principles of what keep Rory in balance and give him enormous power can be copied.
As a PGA Coach, I teach balance all the time to my students. Have you ever hit a golf shot and feel like you were falling over? If that’s the case, this article is for you. The biggest reason why weekend warriors from coast to coast can’t get their equilibrium in sync like Rory is their sequence. Watch this quick video of Rory’s drive from the second round at the RBC Canadian Open.

We all notice it looks like McIlroy is hitting his eight iron, or his favorite club in the bad. His movement is so fluid and uninhibited. That’s the start of great sequence. Stop motion in the downswing is a killer move. The next time you head over to the practice range, try this quick demonstration. Make sure you bring a long sock with you.
After you warm up, grab your driver. Take out the sock and an extra range ball. Place the range ball in the sock and shove it all the way down to the end. Take the open end and tie it around the neck of the driver. Please make sure it is tight so that it doesn’t come flying off!
Start swinging that driver a little above the ground like a regular golf swing. Notice what happens to the ball. Pay particular attention to your transition. Did the ball lag behind the head, or did it catch up as the club approached the ground?
If you start your transition by turning, the ball will hang back. Most amateurs pull the handle of the club down in transition. This causes their body the need to stabilize and stall. Leave those arms alone and turn the torso through. Watch as all of the sudden that sock and ball hang back. This is the same feeling you might get by using the Orange Whip training aid. I just prefer this simple range hack.
Now keep going to the top of your backswing and pausing. Think about what parts you will start first on the downswing. Resist the urge of pulling down and just turn through. The club will go down naturally and now your body will be able to handle the force of the swing going through the hitting zone without falling over.
Practicing this move will give you the feeling of what you see in Rory’s video. Watch it again. Suddenly you will start to feel as if the club is swinging faster after the ball rather than on the way down. That’s the best feeling in golf. Learning this super sequence is possible for everyone.
We all might do it at different speeds, but the goal is still the same. Make the clubhead move faster after impact. Once that happens, you won’t believe the balance and power you will gain from McIlroy’s move. 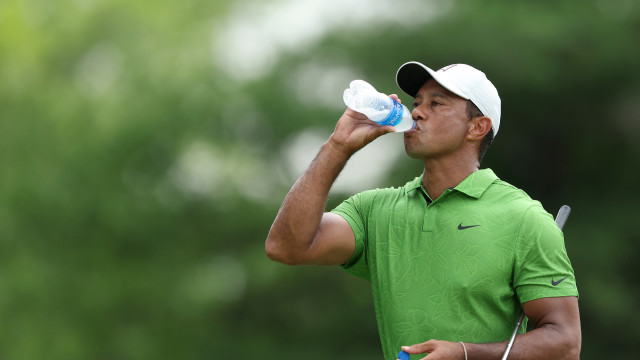 5 Tips for Playing in the Summer Heat 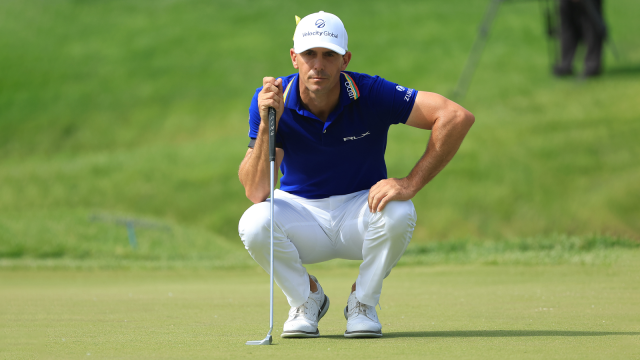 Where Does Billy Horschel's Consistency Come From? 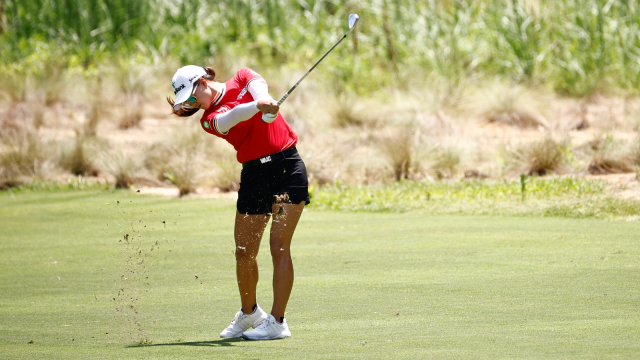