Roy Vucinich of Moon Township, Pa., defended his title in the Half Century Championship.

“I wanted this one,” said Sowards, PGA Director of Instruction at Kinsale Golf and Fitness Club in Powell, Ohio. “I set my goal to reach 10-under, and that’s where I finished (after the 64). Then I hit four really good shots in the playoff.”

Sowards got off to a sizzling start, making four birdies, a bogey and an eagle on his first six holes of the par-71 Ryder Course to charge into contention. He said the longest putt he made was an 8-footer for eagle after a brilliant 3-iron on the sixth hole.
“I putted it unbelievably and I also hit it great today,” Sowards said. “When I shot 68 (Wednesday), it was all the putter.”
Proehl had a chance to win, but missed an 8-footer for birdie at the 18th hole. The playoff was on the par-5 17th hole, where Proehl missed another 8-footer before Sowards made a 3-footer to win.
More from PGA

“Bob’s a pretty tough guy to beat down here, but I had a shot,” said Proehl, a PGA Professional at Sugar Creek Golf Course in Waukee, Iowa. “I had a couple of good putts to win, but it didn’t go my way. That’s OK.”
Robert Thompson of Huntsville, Texas, beat defending champion Gary Robison of Port St. Lucie in another playoff to win the 65-and-older division. Thompson made a par in the playoff and won when Robison hit his approach at No. 18 into the water. Thompson shot 4-under-68 on the Wanamaker Course to finish at 7-under-137 along with Robison, who fired a 6-under-66.

“I was pleasantly surprised 7-under got into the playoff,” said Thompson, a PGA Professional at Whispering Pines in Trinity, Texas. “I was four off the lead starting the day, so I knew it was going to take a good round.”

Thompson made only one bogey in the 36-hole tournament, and that was a good bogey. He hit his approach at the par-3 11th into the water Thursday, but got up and down to save par.
“I absolutely flagged it, it just went too far,” Thompson said. “I also made a good par when I hit it into the water at the par-5 16th to keep my round going. It’s great to win and get some confidence.”
In the Half Century Championship, Roy Vucinich of Moon Township, Pa., defended his title, shooting a pair of 73s to beat Nunzio Ciampi (76-148) of Palm City by two shots. The 74-year-old Vucinich made four birdies and five bogeys. He said he was surprised he won.

“I didn’t think 2-over would be good enough, but I was fortunate to get it done,” Vucinich said. “It feels good to win at any age.”

The 84-year-old Ciampi led after an opening 72.
See the complete leaderboards HERE.
The PGA Winter Championships are presented by GolfPass, On Location. 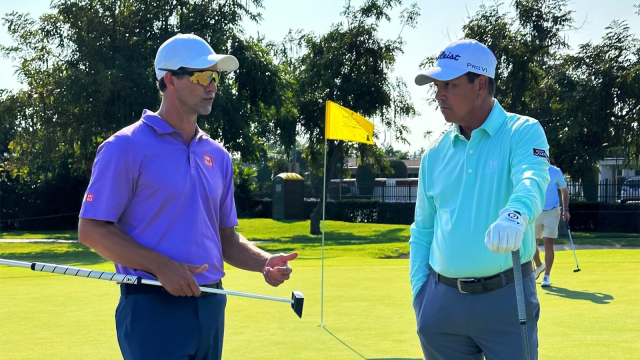 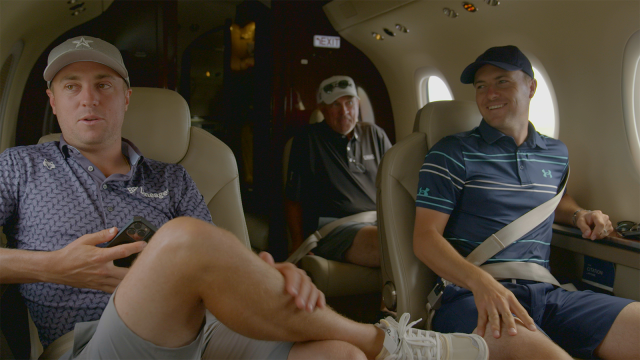 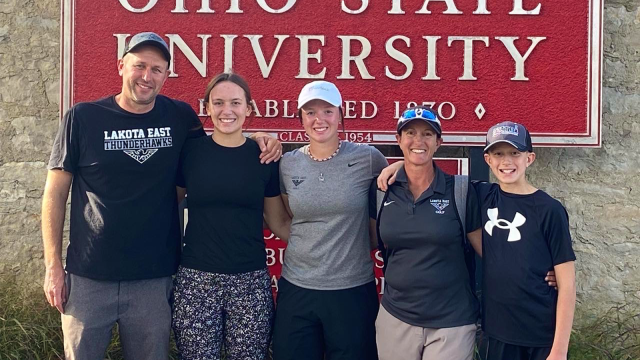 A Journey in Golf Together