Published on Friday, May 6, 2022
CBS Sports and the PGA of America have collaborated on a unique documentary-style television special, “PGA REACH: Impacting Lives Through Golf.” The nationwide one-hour program showcases the PGA’s charitable foundation and its positive effects on people across the country.
The show follows several individuals who, under the guidance of PGA Professionals and PGA programs, have found a love for the game through PGA REACH’s four pillars – youth (PGA Jr. League), military (PGA HOPE), inclusion (PGA WORKS) and A Place to Play.
“Our partnership with CBS Sports allows the PGA of America to tell the stories that show a tangible impact that PGA Members are making on the lives of the people PGA REACH supports,” PGA President Jim Richerson said. “We are deeply committed to these programs, and because of the incredible work of so many of our PGA Professionals, the 41 PGA Sections throughout the country and our REACH team, we are able to introduce and inspire new people to the game and industry. PGA REACH is truly changing lives.”
PGA Jr. League Storylines
If not for PGA REACH and the PGA Jr. League program in Tucson, Arizona, most players would never pick up a club. Cesar Balganon II, a PGA Jr. League Co-Captain at Sewailo Golf Club, aims to inspire and be a role model for the Pascua Yachi Tribal community, fostering a culture of inclusion.
Huston Nagy and Vinny Mercurcio are both PGA Jr. League participants and part of The Turn, an organization specializing in helping those with disabilities get back into golf. Whether it's helping line up a putt, teeing up a ball or being the eyes for someone who may be visually impaired, The Turn provides an equal opportunity for everyone to be treated as a team member. At North Olmsted Golf Club, PGA Assistant Golf Professional Erin Craig leads The Turn and offers instruction to those no matter what skill level or disability they may have.
PGA Golf Management Universities are integrating other PGA REACH pillars, like PGA Jr. League, into its curriculum to help students make an impact in the community. The program at New Mexico State is led by Henry Stetina, PGA, who is creating new avenues for his students to help shape the game’s future.
PGA HOPE Storylines
Waco Blakley, PGA HOPE Ambassador for the South Central PGA Section, started with PGA HOPE in the Spring of 2021 and has been a great leader for PGA HOPE Tulsa. Through his passion for helping fellow Veterans, he has helped his local PGA Professional grow the PGA HOPE Tulsa program. He’s seen the impact that golf can have and wants to make sure others get to experience it. Blakley is helping the South Central Section spread program awareness through local public relations efforts as well as being a part of the PGA HOPE activations on-site at the 2021 KitchenAid Senior PGA Championship held at Southern Hills Country Club in Tulsa, Oklahoma.
During PGA HOPE Wellness Week, 20 Veterans met in the nation’s capital for the PGA HOPE National Golf and Wellness Week. The feature showcases passionate HOPE Graduates who excelled in their personal rehabilitation journey and became PGA HOPE Ambassadors in their local communities. In addition, PGA Professionals offered instruction to help Veterans step up their game, no matter what kinds of physical limitations they may have.
PGA WORKS Storylines
JT Moore has played in the PGA WORKS Collegiate Championship, has interned with the PGA of America and is now a PGA WORKS Fellow, lending his unique skill set to the South Florida PGA Section as he experiences what a career in the golf industry can provide.
Cameron Dinkins, a former PGA Fellow, never had a career in the golf industry on her radar. She is now the PGA WORKS Program Coordinator at the PGA of America’s new headquarters in Frisco, Texas. Through PGA WORKS and its Beyond the Green career-exploration initiative, Cameron is striving to inspire and recruit young people from underrepresented backgrounds to pursue careers in the business of golf. 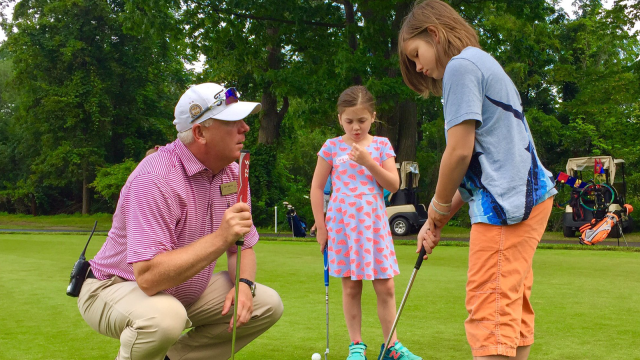 A Countdown to Memorial Day: The Mietus Touch 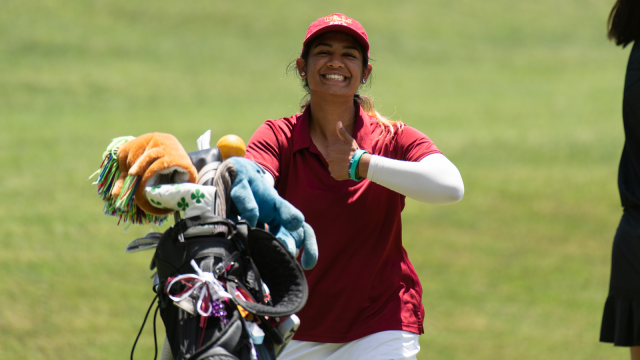 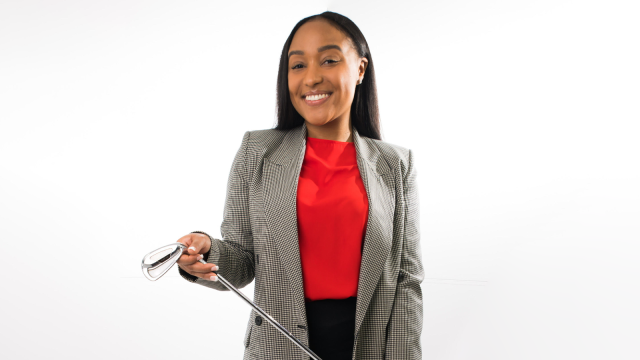