Rachel Faulkner Brown with her children.

Rachel Faulkner Brown believes there are four types of people in the world: those who motivate, others who inspire, some who aspire and then some who possess a servant’s heart. Faulkner Brown believes the world needs more people who possess a servant’s heart. Rachel is a mother of two amazing children, Davis and Campbell, widow to her deceased husband Blair who was killed in the line of duty and avid spokesperson for the Folds of Honor.
Memorial Day weekend is honored by the golf community through Patriot Golf Days. For the volunteers, advocates and supporters of PGA HOPE and Folds of Honor this annual tradition is an opportunity to share special stories like Rachel Faulkner Brown’s. When you first meet Rachel, you are impressed by her infectious ability to make connections quickly. When we spoke on the phone and knowing my background in golf, she sweetly shifted into a story of how her mother taught Stewart Cink in elementary school.
More from PGA

With our connection complete, the conversation opened an amazing account of a woman who had been a widow twice by the time she was 31. Her second husband, David “Blair” Faulkner, passed away in the line of duty five months after their daughter was born. Rachel was struck by the immediate harshness of life. Now a single mother of two very young
children she was entering the unknown alone.
It was 2008, and her father had heard of a new foundation that helps military families of
deceased service men and women. In 2007, Lt. Colonel Dan Rooney created the Folds of Honor Foundation. As Rachel and her father learned more about the foundation, they quickly found out the scholarship support was only for families where the deceased member was killed in action. Blair had been flying a training mission when he tragically was killed.
Folds of Honor was brand new. She knew in her heart as they grew, a time would come when the foundation would be able to support more families and not just the ones whose serviceperson was killed in action. Rachel kept in communication with Folds of Honor and other widows. Rachel is a very compelling person and she built relationships with many other widows through the military community.
Sure enough a couple years later, she received a call. Rachel’s account of that moment is very clear. “I remember where I was when I heard the most amazing news. My family could now qualify for Folds help as they extended the scholarships to families of those killed in the line of duty.” The call came from a friend who knew of Rachel’s story. The moment is so meaningful to Faulkner Brown because it validated for her why building meaningful relationships with others is so important.
She completed the application for her two beautiful children Davis and Campbell. And in 2015, they were among the 10,000 scholarship recipients from the FOH Foundation. Her seven-year quest to secure the future education of her children had crossed the finish line.
Even though she believes being a servant leader is most important, our conversation proved to me she’s got a little of all four in her. No doubt she believes in service, leadership and passionately promoting the story of widows nationwide, but her ability to motivate, inspire and push others is quite amazing.
Please close your eyes. I want you to clear your mind and imagine one thing: a widow. What did that image look like? As Rachel succinctly describes it, “We all aren’t eighty year old women!”
Our common perception leads us to thinking of just older women. Rachel quickly explains there’s a very large widow community of all ages. Together with her friend Ginger Gilbert Ravella, they have developed “Be Still” ministries to connect them. Since 2018 when they started they have held retreats for over 600 women.
Foundations like Folds of Honor cannot continue to grow without servants like Rachel Faulkner Brown. When we spoke, she was traveling to speak on behalf of the foundation. She includes her kids in some of those appearances. Both Davis and Campbell support mom and her commitment to being a service-woman herself. Rachel’s story doesn’t stop there. I asked what is Next?
She aspires to build the speakers bureau of FOH to be the best in the country. Faulkner Brown continues to motivate her fellow spokespersons with her own appearances. Alongside the growth of FOH, Rachel inspires her fellow widows to aspire in their lives. The goal is to make “Be Still” the largest Christian widows ministry in the United States.
Rachel may believe there are four types of people in this world. After sharing her story, I believe Rachel Faulkner Brown is all of those four wonderful types of people rolled up into one. 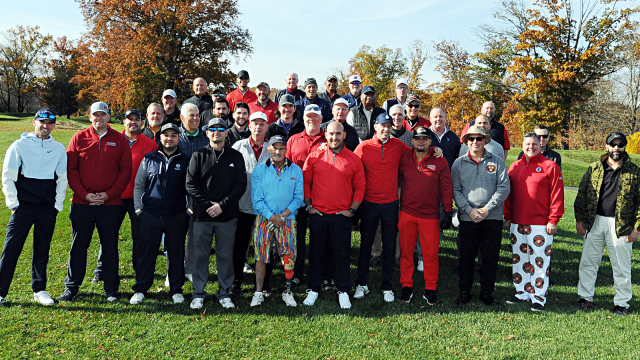 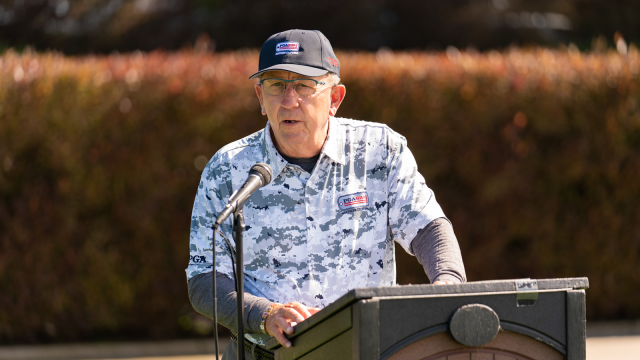 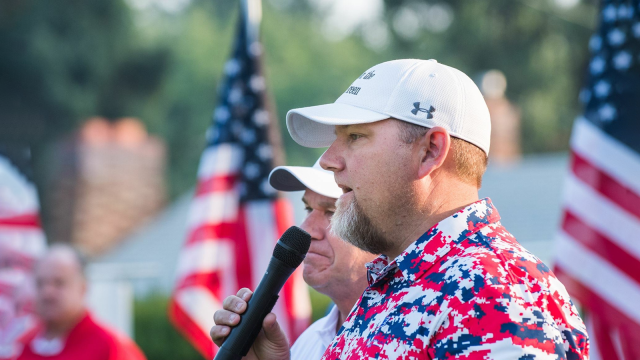