How does Steven Alker Keep Doing It?

Steven Alker of New Zealand waves to the crowd following the final round of the Senior PGA Championship presented by KitchenAid at Harbor Shores.Getty Images

Every golfer knows two simple facts about the game. When you are playing well, you always wonder how soon it will end, and when you’re struggling you think it will never end. Steven Alker has been playing great for 19 straight tournaments. The lifetime journeyman golfer Monday qualified last year on the PGA Tour Champions in August.
He finished seventh that week and earned himself another week on tour. The next week third place, then ninth, then… Alker ran off six straight Top 10 finishes in a row. He eventually qualified for the Charles Schwab playoffs and won in week two! It was an unbelievable run of great golf. The season ended and he was an amazing 2021 story.
More from PGA

What to Do in a Wet Bunker?

The PGA Tour Champions has a brief offseason and then back at it again in late January. Steven picked up exactly where he left off finishing in second place in the first event of the 2022 season. Nearly two months off and Alker was still playing better than he had ever played in his entire career. With his win this week at the 85 th PGA Championship, he has now played in 19 tournaments since that Monday in August.
In those nineteen, he has four wins including a major championship, three second place finishes, 15 Top 10’s and 19 Top 25’s. He’s never finished outside the Top 25! With all due respect to the amazing careers of his PGA Tour Champions counterparts, nobody has a record like that. In his last five events he has three wins, a second and third place finish.
Steven was the stand-alone favorite coming into this major championship and he closed the final round with nine birdies and a 63. He won by three shots over Stephen Ames the 54-hole leader. When I look through Alker’s brilliant play over the last ten months, nothing incredible stands out. He just does everything well.
Every amateur can improve like Alker so let’s discuss one of his simple swing moves. When you watch Steven swing you see someone who rotates beautifully through the ball. As a PGA Coach, I want you to pay particular attention to his midsection. Alker’s awesome impact comes from his ability to return to the ball so efficiently.
Take a moment and get up from your chair where you are reading this. Stand against the nearest wall that has some room. Get in your address position with your backside touching the wall. Imagine a ball on the floor where it normally would be. Pretend you are gripping a golf club and start your takeaway.
Keeping your backside against the wall get the back of your trail hand to wall. Make sure
your trail hip is still touching the wall when you get there. Once you touch the wall,
transition forward and get the back of your lead hand to touch the wall again on your
follow through keeping your lead hip against the wall.
Your backside and hips should be touching the wall through that entire movement.Steven Alker is uber successful and will continue to be if he continues swinging like this. By
keeping your body in contact with the wall, you will return to impact in the best position
possible. That’s what Alker does so well. Learn to mirror this move.
At this point Steven’s confidence is sky high. That comes from hitting the ball great. Keep your
body in every shot and your confidence will increase as well. As it does, you’ll stop worrying
about when your hot streak will end and just start accepting it like Alker.
Mark your calendars as the PGA of America
Championship season is not over yet. In just a couple weeks, the women will tee it up in the
KPMG Women’s PGA Championship being hosted by Congressional Country Club.
For their complete coverage go to https://www.kpmgwomenspgachampionship.com/ 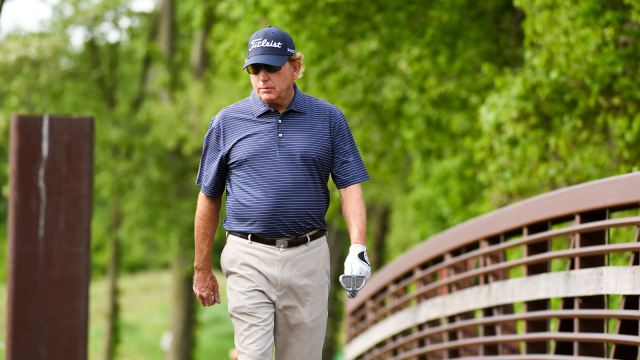 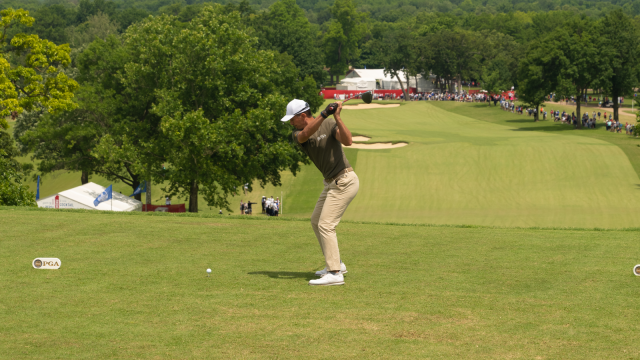 Preparing to Play 36 Holes in One Day 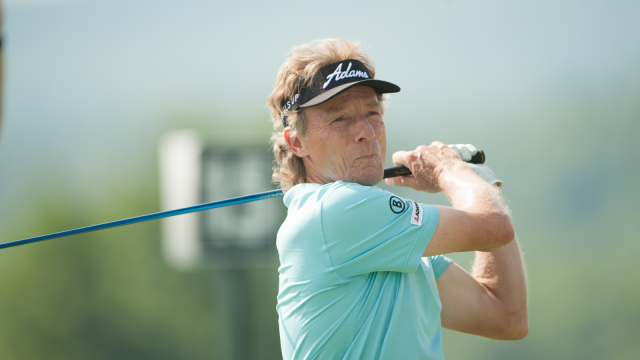