Kyle Szyhowski Comes From Behind to Win Event No. 1 in PGA Tournament Series

Kyle Szyhowski wins Event No. 1 of the PGA Tournament Series.

Kyle Szyhowski of Saint Charles, Mo., fired a 6-under 65 Friday to win Event No. 1 in the PGA Tournament Series at PGA Golf Club.
Szyhowski started the final round three shots behind, but birdied five of his first eight holes on the Ryder Course to charge into contention. He added another birdie and didn’t make a bogey to win his first title in the PGA Tournament Series.

“I’m very grateful because I hadn’t been playing great until this week,” said Szyhowski, a PGA Assistant Professional at Old Warson Country Club in St. Louis. “I had a lesson by phone with my teacher, Rick Ewing, on my posture. It enabled me to hit the ball cleaner and start it online.”

Szyhowski finished at 6-under 136, a shot ahead of Casey Pyne (69) of Greenwich, Ct., Trevor Bensel (68) of North Wales, Pa., and Zack Shriver (69) of Jupiter. Bensel was tied for the lead until he made a double bogey on the par-3 16th, then birdied the 17th to finish one behind.

Pyne was tied for the lead, but three-putted the final hole, lipping out his second putt from six feet. He had rallied with birdies at 13, 14, 15 and 17, but also bogeyed the 16th.
“It was nice to make those four birdies, but I’m frustrated with that three-putt,” said Pyne, a PGA Assistant Professional at the Stanwich Club. “I think I was trying too hard to win. I started the putt just outside the hole and I may have shoved it a tad.”
Szyhowski said his round got kick-started at No. 1 when he made a downhill 20-footer that caught the edge of the hole.

“It kind of toilet-bowled in and that got me going,” he said. “I birdied the second hole and just kept it simple from there with fairways and greens, and no three putts. It was a solid round of golf.”

Szyhowski earned $5,000 for the victory. His previous best finish in the PGA Tournament Series was a fifth two years ago.

The PGA Tournament Series is Presented by GOLF ADVISOR. Event No. 2 starts Monday on the Dye Course.
See the complete results from Event No. 1 HERE. 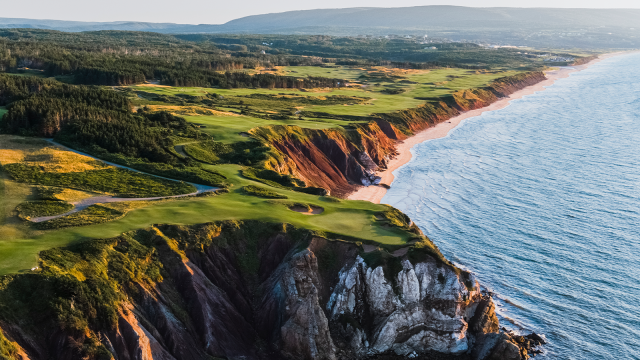 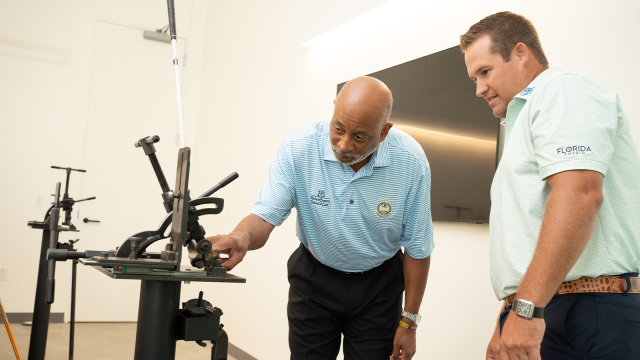 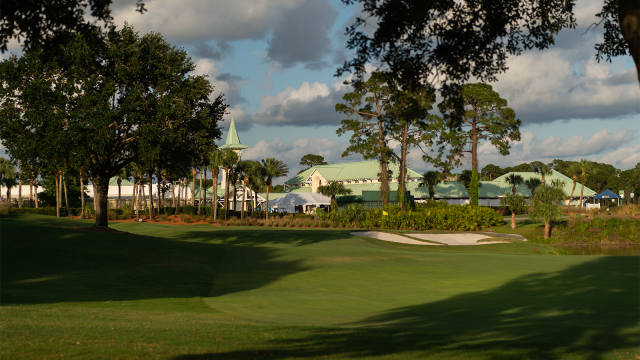