By Keith Stewart, PGA
Published on Monday, April 25, 2022
Xander Schauffele and Patrick Cantlay are considered two of the most well-rounded players in the world. This dream team started the week as one of the favorites for the Zurich Classic. Only the team of Viktor Hovland and Collin Morikawa had a lower combined world ranking. Considering Cantlay ended the year with a fleury of wins to capture the FedEx Cup we all thought it wouldn’t take until April for him to win again.
For Xander, it has been a little over three years since his last PGA Tour win. Although he won the Gold Medal last year in Japan, most were still waiting for him to break through on tour again. After all, Schauffele had nine Top 10’s in major championships over the last five years. Winning in wire-to-wire fashion helped both of them get their 2022 jumpstarted.
Watching these two all week, we see a lot of similarities in their game. One common denominator they both have we all can copy is their ability to turn through the shot. Such a simple move and yet for many amateurs it just baffles us on not only how but when. As we celebrate this team’s win from yesterday, let’s consider the HOW by looking at Patrick and the WHEN with Xander. Patrick’s pass through the ball can be copied, first take a quick look.

The key to getting a great turn and rotating through the ball starts with the proper movement. Pay attention to Patrick’s shirt buttons. Notice in the backswing he turns them completely away from the target. Then on the forward swing, he makes every effort to bring them through and point them to the target.
The next time you get to the practice tee, pay attention to your button turn. Chances are you don’t move them nearly enough in EITHER direction. Start with the turn away, move past your comfort zone, and get that chest turn completely away from your target. Focus on that specific upper chest area. During the down swing make sure you take that same area and really move through impact finishing with the button placket pointing forward.

The physical turn is one part of making a successful swing, but when to rotate is equally important. Look at Xander’s swing and pay special attention to his lower body. You can even pause the video and slide the cursor. Watch his feet move once he completes his backswing. This super sequence can be hard to feel for most amateurs.
Try this sequence drill with a 9-iron. Setup with both feet together. Place the ball forward of your lead feet going toward the target. Take the club back about two-thirds of the way back and then transition. As that club starts forward, step with that lead foot like a baseball player and swing through the ball sending it down range.
Look again how active Schauffele’s feet are. Most golfers plant those feet and never move them. This will really limit your range of motion and your turn. Keep those feet moving like Xander and you’ll be much better at turning like Patrick. As a PGA Coach, I cannot stress to you enough how important turning is. Copy Cantlay’s move and imitate Schauffele’s sequence and you’ll see why these guys just recorded another PGA Tour win. 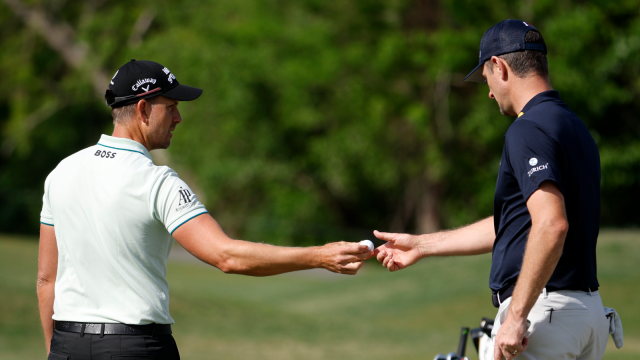 Building Trust: How to Be a Good Golf Partner 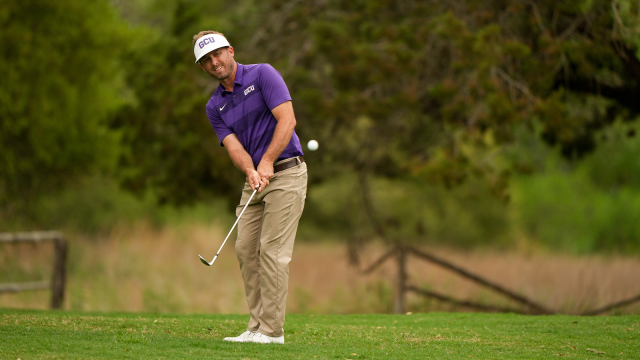 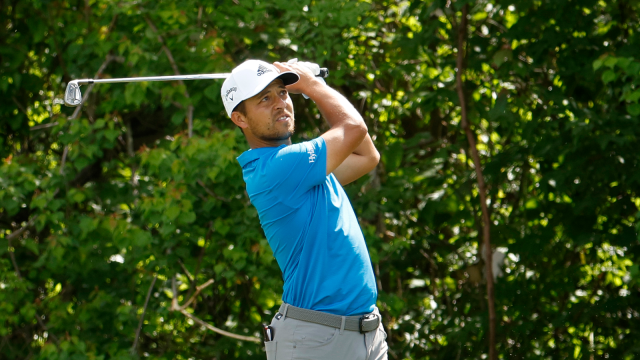