With this landmark agreement through 2025, PepsiCo is named “Worldwide Supplier” of the Ryder Cup as the “Official Soft Drink,” “Official Iced Tea,” and “Official Sports Drink” serving beverages such as Pepsi, Gatorade and Lipton Iced Teas. The company’s Aquafina brand, meanwhile, becomes the “Official Bottled Water” of the Ryder Cup in the United States. The expanded offerings from the PepsiCo portfolio also introduce an array of low calorie and no sugar options to the Ryder Cup.
“Our relationship with PepsiCo is foundational in nature and to take it past the 30-year mark is incredibly satisfying,” said PGA of America Chief Commercial Officer Jeff Price. “Looking back at what we’ve achieved with PepsiCo ― our longest-standing partner ― is a motivating exercise that only elevates our excitement about what we can accomplish together in the coming years.”

As a result of the two beverage agreements, the PGA of America, Ryder Cup Europe and PepsiCo will work together to bring a thirst-quenching portfolio to the game of golf in addition to driving innovation and sustainability initiatives from new hydration options, including the introduction of Aquafina in cans. “The Ryder Cup is recognised as one of the world’s truly great sporting events and, as a result, we look forward to welcoming PepsiCo and its globally recognised portfolio of brands into our commercial family,” said Guy Kinnings, European Ryder Cup Director.
"We’re thrilled to deepen our relationship with the PGA of America and Ryder Cup,” said Anne Fink, president of PepsiCo Global Foodservice. "PepsiCo is proud to bring our brands to the course and support the game of golf on the world’s stage. We look forward to our partnership with both organizations to drive innovation and sustainability initiatives to the green in the years to come.” Toro Named Worldwide Supplier to The Ryder Cup Through 2029 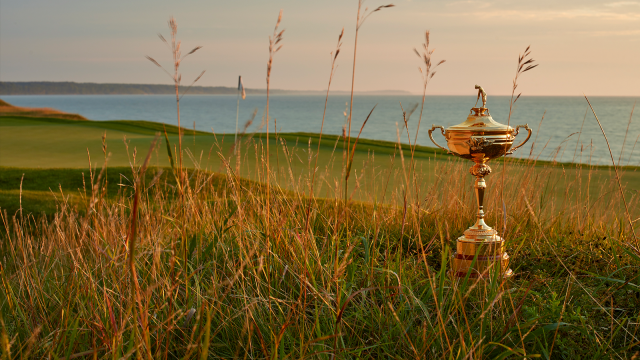