Published on Friday, September 17, 2021
What if we told you that the Ryder Cup won’t be the first cup raised in celebration at Whistling Straits in 2021?
The 11th annual Adelphian Cup just so happened to take place at Whistling Straits last month— The host of the 43rd Ryder Cup set to kick off next week.
Like many annual trips, the concept came together over drinks between friends Ben Shand and Marc Laurent. What started as a 16-player event in 2011 — with a Team North and Team South comprised of 8 players each — has turned into an annual trip among 36 friends that is circled on the calendar each year.
“We started this and we were all in our mid to late 20s and now we’re in our 40s,” Laurent said. “There are so many guys I’ve met because of the Adelphian Cup. It has been really cool to see the friendships and how that has really grown over the years.”
As friendships have grown and camaraderie has been built among the teams, it’s no surprise that Shand and Laurent take the event very seriously; Even creating scouting reports on each player in advance of the trip.
“Guys are always thinking about what they need to get better for,” Laurent shared. “We create scouting reports against each team that get sent out internally then Saturday night when the tournament is over we share them in front of everyone. It’s hysterical. A great tradition.”
Each team has had bragging rights over the years, with the 11 Adelphian Cups being split— five wins for the North, five wins for the south, and one tie.
No matter the result and impending bragging rights for the next year, it comes back to the friendships and relationships that have been formed over a simple idea between a couple of buddies.
“We have people who have been in each other’s weddings,” Shand said. “The Godfather to my son is on the opposing team. The roots run deep on friendships in the Adelphian Cup.
And in the end— That’s what it’s all about. 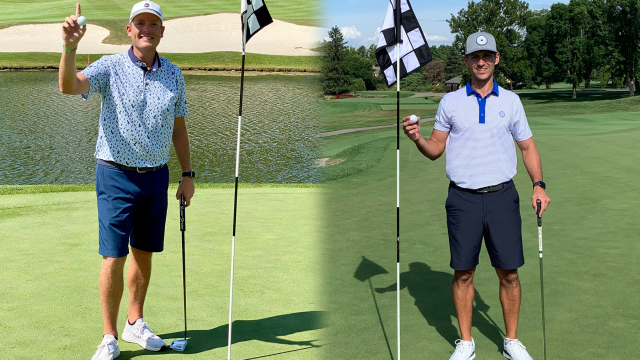 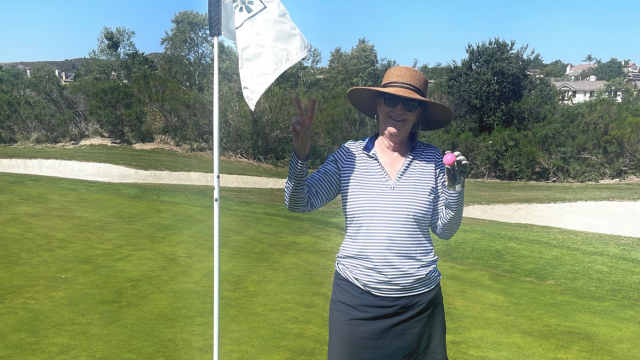 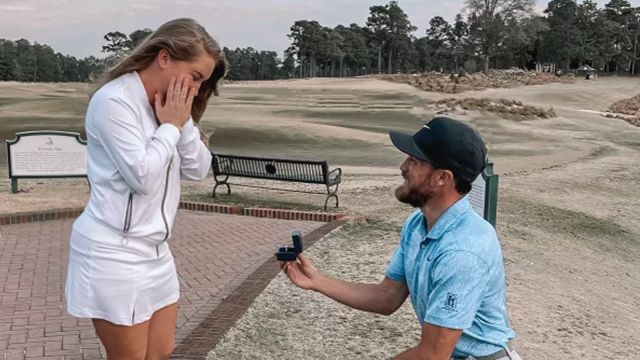 A Golf Partner For Life: How One Club Champion Found Love on the Course