When it Comes to Being a Major Competitor, Be a Closer Like Koepka

Published on Saturday, May 22, 2021
Why does Brooks Koepka always seem to show up in major championships? His golf swing, that move was made for competing in big time pressure filled tournaments. Those events where you can feel the anxiety in the air like humidity. Granted Koepka’s mental approach in these situations is Tiger-esque, but the key for both of them was having the game to support that confidence.
The average golfer looks at Brooks Koepka and thinks he wins because he is big and mean on the golf course. He is big, and who knows if he’s mean, but any PGA Coach will tell you it’s the clubface that controls his major consistency. Like many great modern ball strikers, Brooks doesn’t rotate the face in his backswing. In fact, most golf experts describe his clubface as slightly closed as a result.
By closed, think of Justin Thomas’s pre-shot. Notice how the toe of the club points up toward the sky during his elongated waggle? The leading edge of Brooks’ clubhead is closer to matching his spine angle at the same position. It is tilted toward the ball. Holding the face causes Brooks to rotate his big muscles aggressively, but under great pressure that move is repeatable.
You don’t necessarily have to be built like a football player to do this. More examples of closed face pressure players are defending PGA Champion Collin Morikawa and young stand out Viktor Hovland. In his short career, Hovland has competed in six major championships including this PGA. He has made the cut in all six, and two of those were as an amateur!
Going through this drill you will gain a new feel and visual. After you repeat the drill several times, pull the board away and then hit a shot feeling the same full shoulder takeaway. The stronger clubface position will give you a new impact sensation. A beautiful Brooks strike! The type of solid contact you’ve always seen on television you can now experience for yourself. 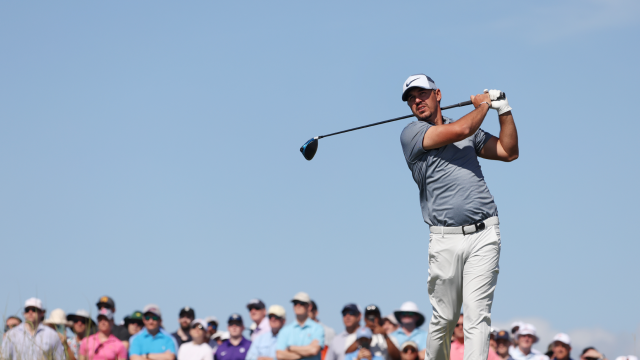 Downwind? Hitting it High Has its Advantages 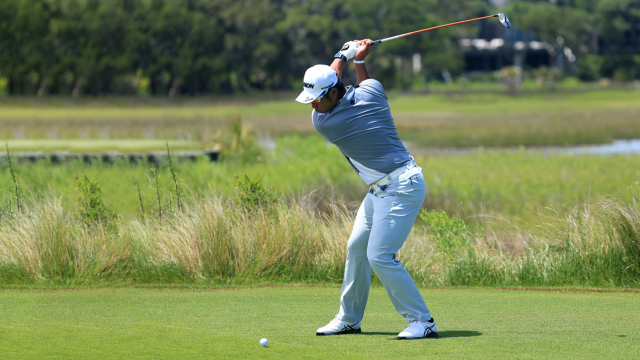 Lead With The Leg to Mimic Matsuyama 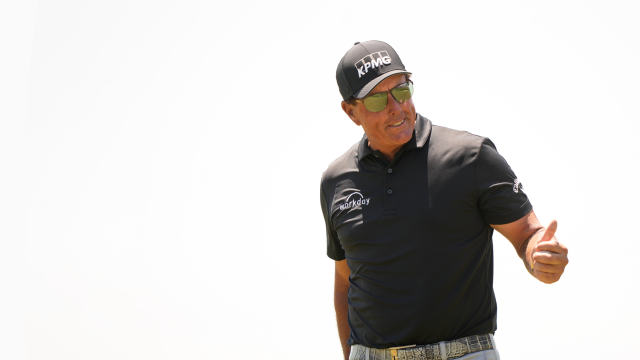 Phil Mickelson Proves That Age is Just a Number