Golf is in the Genes: The Thomas Family

Justin Thomas and dad Mike Thomas laugh on the 14th hole during the the 2020 PNC Championship at the Ritz Carlton Golf Club.Getty Images

In a way, Justin Thomas was born to be on the golf course.
His father Mike Thomas is a a second-generation Club Professional and has been a PGA Professional for 37 years. Mike's father Paul Thomas (Justin's grandfather) was also a club professional and a talented player in his own right. In his prime, Paul played in the 1962 U.S. Open, the same tournament his grandson would tee it up at for the first time 52 years later.
I recently had the pleasure of catching up with Mike Thomas to talk about the impact that the game has had on his life and family.
“My dad was a club pro, so golf is something I have always been around. Growing up, I would play some with my parents, club members and my brothers.” Mike said.
More from PGA

Golf Runs in the Family: The Bradleys

Getting Your Family Out on the Course

Justin was born on April 29th, 1993, in Louisville, Kentucky. During that time Mike was the Head Golf Professional at the Harmony Landing Country Club in Goshen, Kentucky. Prior to that, he was the Head Golf Professional in Pittsburgh at Cherrington CC.
Golf was obviously a large part of the family's life and Justin began showing interest very early in his childhood.

“I played a lot of Section events, and I would practice or play in the evenings. My wife
would bring Justin out to ride around while I practiced. At about 18 months, he wanted to try to make some swings. Shortly after that, I got him a little club to whack the ball around while I was playing," Mike remembers.

"From the time he was two, he would come out and hit balls every day, spending longer amounts of time at the club as time went by. I would be busy with work but would see him and my wife out there hitting balls, and going out to play a few holes”
Like all dads that play the game, Mike knew that golf could teach Justin important lessons both on and off the course and while it was obvious early that Justin had inherited the golf gene, he also developed the same competitive spirit they as his father and grandfather.
“I played competitively for a long time. I was a fair player and loved the competition, and I think that rubbed off on Justin," Mike shared. "I knew firsthand about managing emotions on the course and how to learn from my mistakes, all of which I was able to pass on to him."

"Patience was a big thing I always preached, along with short game. Short game practice was my favorite part of the game, so he learned the importance of those shots.”

Into Justin’s teenage years, when he really started competing, Mike looked to instill in him many of the same things he does with the students he teaches. Over the years they have developed a system where coaching and mentorship go hand in hand.
“Aside from fundamentals, which we always kept in check and still do today, we spent most of our time on things like patience during a round and knowing your swing so you can adjust on the fly," Mike said. "We also focus on finding 'smarter' ways to practice.. not just hitting balls with no purpose. I always preach having fun while playing too. It’s a game, so it’s not supposed to always be seen as work!”
I asked Mike to share some examples of practice games and/or routines that he and Justin have done over the years together…
“When Justin was young, we would always have chipping and putting contests, and they usually involved cash on the line!” Mike said as he laughed. “We would playfully torment each other during these contests, they were pretty competitive, but a ton of fun."

"We would also play a game kind of like horse, but on full swings…we would call shots out, like a high or low shot, or a fade or draw. Lots of goofy stuff with the contests. This kept things fun but also instilled the competitiveness we see in him today. We still have some short game contests today but I’m not much competition now no more betting for money with him!”

In wrapping up our chat, I asked Mike this…What are your thoughts when I say, "Golf might be the ultimate family sport"?
“No doubt! Golf is something a family like ours did for many years together. My wife would often play with us, and after days of 10 hours plus working, it was a good way for us all to spend time together."
"Outside of our own family, you can continue to play with your parents, or your children, for a long time. That's something a lot of other activities don’t offer. Being together outside as a family... you can’t beat it!” 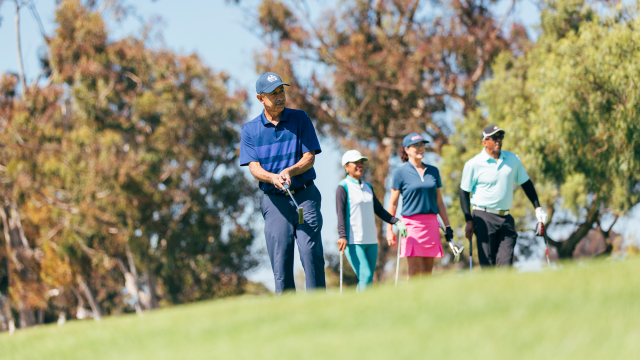 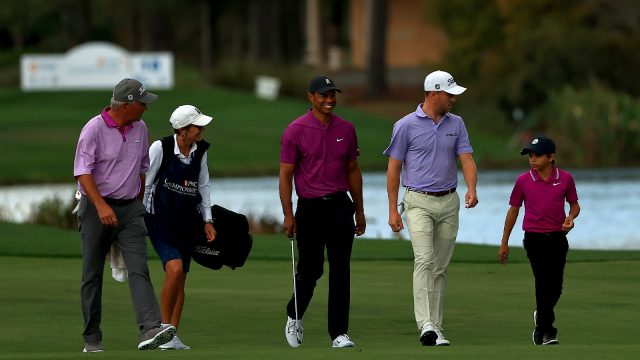 Playing Golf is All About the Memories 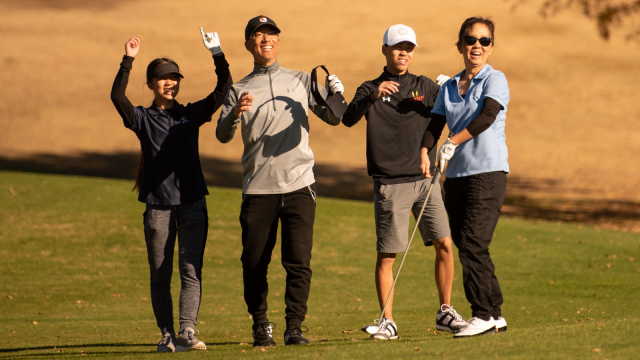 Golf is a Multi-Generational Sport - Perfect for Families