Max Homa hits his tee shot on the 17th hole during the final round of the Fortinet Championship at Silverado Resort and Spa on September 19, 2021 in Napa, California. (Photo by Meg Oliphant/Getty Images)

Golf fans love Max Homa. His hilarious posts on social media were his claim to fame until 2021. Then in February, he won the Genesis Invitational in his hometown of Los Angeles.  He accepted the trophy from his boyhood idol Tiger Woods and Max has now gone from social media celebrity to PGA Tour superstar.
This week at the Fortinet Championship Max showed again why he can compete and win on the PGA Tour. Finishing the week at #1 in Strokes Gained Total, Homa was not only powerful off the tee, but extremely accurate with his approach game as well. Max Homa’s coach is award winning PGA Professional Mark Blackburn. They came together last season and as a PGA Coach, Mark stresses the vital importance of great fundamentals.

When a player like Homa sets up to the ball on television it just looks good. We can copy his “look” very easily and all you need is a mirror. Notice from down the target line (TV camera angle) how his arms hang under his shoulders. There’s a slight flex in his knees and his feet are under his hips. Get in front of your reflection and copy this look.

Homa hole-out! 🕳@MaxHoma23 eagles to get within 1 of the lead. 👀 pic.twitter.com/drfVOIsaE0

The arm hang and feet position are important. One allows you to swing freely and the other gives you balance. Once you develop a balanced and athletic stance, be determined to use it for every shot you take.

This is one of the most difficult skills to master in golf. It appears to be simple, but those course architects love to throw distractions our way to get us off kilter. Accomplished amateurs and professionals all align themselves the same way. They use the club first and then position their body after. Go through your routine. What did you position first, your trail foot? Lead foot? Or the club?

Your body is now aligned parallel to your target line. This takes practice. You can always take a couple alignment rods or irons and lay them down to check after you have set up. Knowing you are correctly aligned is one of the best feelings in golf. There are other things we can practice in golf, but seldom are as important as aligning yourself.
Max Homa is known for his candor. He’s a modern touring professional. He bombs it off the tee and strikes his irons like lasers. He’s now won three times on the PGA Tour. With all of that, what impresses me most about him is his willingness to work with his PGA Coach on his fundamentals. That level of commitment from a player like Max should inspire us all to do the same. 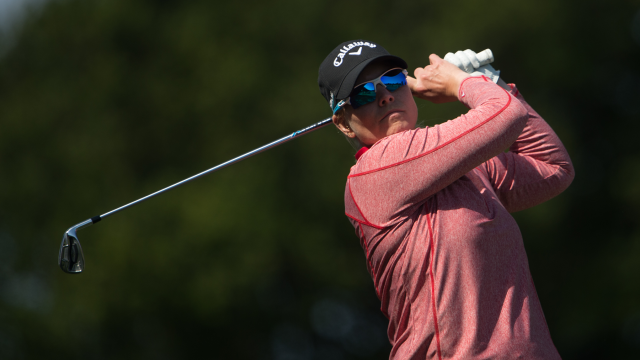 Improve Your Golf Swing Sequence with a Drill from Dr. Alison Curdt 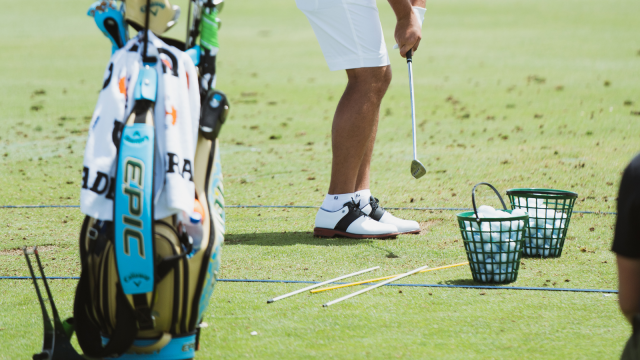 Two-Step Your Way to Better Alignment 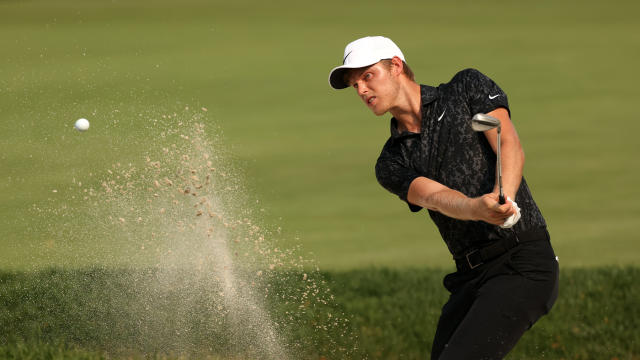 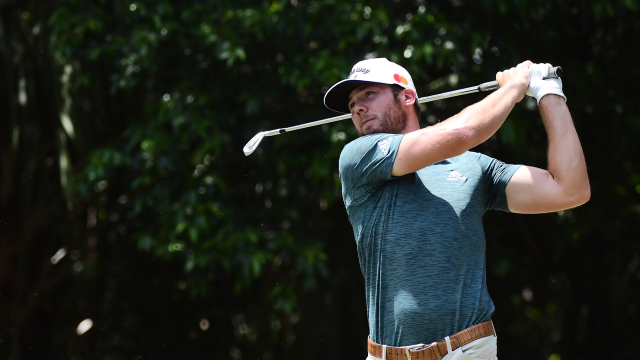 Take Your Swing Straight Back for a Better Attack