New PGA of America Secretary Nathan Charnes doesn’t have an agenda. He doesn’t have a list of personal priorities or projects, and he didn’t campaign on a set of promises. What he has is an open mind, and he’s ready to listen.
When Charnes declared himself a candidate for PGA of America Secretary last year, he began soliciting feedback from PGA Members, asking them what was working in their businesses and what they needed help with. Out of the 500 responses he received, Charnes focused on the most commonly raised issues, then used those as topics for monthly “coffee talks” with members during his campaign.
“It was a great way to encourage communication,” Charnes says, “and I’ll continue that.”
Already, in his first couple of weeks as secretary, Charnes is making good on that promise, exchanging emails with PGA Members and paying close attention to what they’re telling him. It’s a refreshing approach to leadership, but it’s no different from how Charnes has always done things, as District Director and Education Chairman for the Gateway PGA Section, and as part of the PGA’s National Membership Committee. But now, Charnes believes it’s more important than ever to keep the lines of communication open.

“I don’t have a platform,” he reiterates. “That’s what I ran my campaign on. I’m going to work on behalf of the members on whatever is most important to them… I think one thing we’ve learned this year is that we don’t know what tomorrow is going to look like. There are a lot of things that are changing daily… I think it would be irresponsible for me to say, ‘I’m going to focus on X,’ when in all reality, that might not be what’s important next week.”

When asked what he’s heard from members thus far, Charnes says staffing shortages top the list of concerns. As PGA Head Professional at WingHaven Country Club in O’Fallon, Missouri, it’s something that he can relate to.
“Facilities have never had greater demand,” Charnes says. “I joke that every day is a Saturday at my facility now. We don’t have any slow days anymore. Rounds are up, activity is up, and there’s no end in sight, which is great for business, but when you compound that with less staff, everybody is being asked to do more, and it’s hard.”

Just as PGA President John Lindert, PGA and Vice President Don Rea, PGA both said earlier this month as they prepared to take office, recruitment and retention is something that Charnes knows he has to help address. Increasing compensation is one way to do that, he says. Another way is to dispel the notion that jobs in golf are often hard and thankless.

“A lot of people [in other industries] say they don’t like where they work, they hate going into the office, but the people who are really into the golf business will tell you how much they love going to work every day,” Charnes says. “We need to somehow share that message. The old image of the golf professional working open to close, working seven days a week, doesn't exist anymore in most situations. But people still talk about it, so somehow we need to change that narrative.”

Charnes himself is one of the most outspoken advocates for golf that you’ll meet. He was introduced to the game and the business behind it by his father, Greg, a PGA of America Life Member. After playing golf in college, Charnes tried a different career path, but he quickly realized that he was a green grass guy who wouldn’t be happy unless his office had 18 holes.
Now Charnes is ready to begin the greatest metaphorical round of his career, helping usher golf into a new era of growth and popularity as a leader of the PGA of America. Despite the challenges he knows are ahead, Charnes believes in the power of listening and responding to the people who elected him to work on their behalf.

“We [the PGA leadership team] will have to look back in a couple of years and say, ‘We did that, we checked that box,’ and that is only going to happen through two-way communication and teamwork,” says Charnes. “It’s about trying to represent everybody and improve lives." 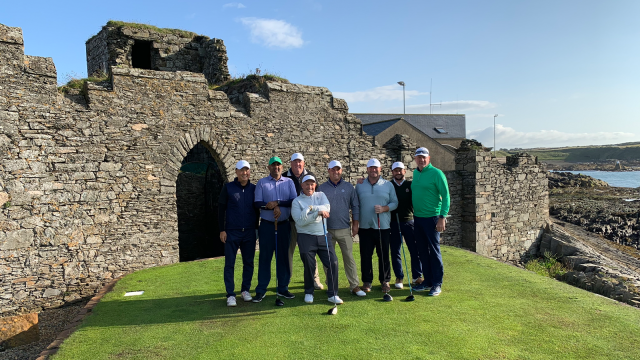 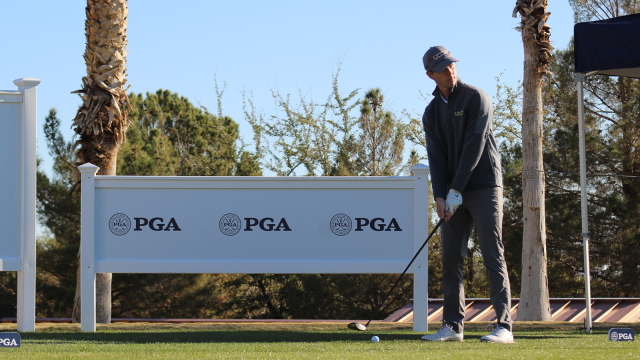 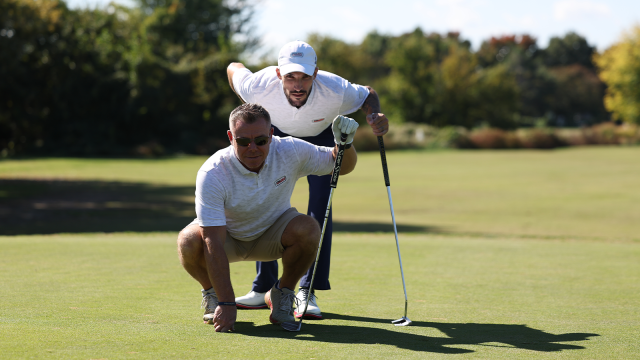