One Simple Key Can Lead to Amazing Consistency

By Keith Stewart, PGA
Published on Monday, November 22, 2021
Jin Young Ko finished off the CME Group Tour Championship by hitting her last 63 greens in regulation. Collin Morikawa won the DP World Tour Championship by making birdies on five of his last seven holes. In recording his first win on the PGA Tour at the RSM Classic, Talor Gooch went bogey free over the last 26 holes of the tournament. It was a sensational Sunday for these three. Each one of them claimed victory in storied fashion. Their dominance makes us wonder if there’s a common dominator amongst them that significantly contributed to their success.
One statistic that truly defines consistency is a player’s ability to hit greens in regulation. A green in regulation is scored when a player hits a Par 3 in one shot, Par 4 in two shots, and a Par 5 in three shots. These three earned their victories by hitting a tournament leading amount of GIR’s (Ko 93%, Morikawa 83%, Gooch 83%). How are these three players so effective at first getting the ball in play, and then hitting the green?

When you watch all three of them hit a golf ball there are many swing traits we see to copy. For this PGA Coaching piece, we should focus on the start of their takeaway. All three of these world class ball strikers start their swing in a very similar fashion. It’s that’s initial movement that allows for them to be so consistent.

After five straight birdies in the first six holes, the defending champ is one back from the lead. pic.twitter.com/d9IGiDvtFB

All three move off the ball by turning their lead shoulder and maintaining the triangle formed by their arms and chest. They don’t start their backswing with their hands or wrists. This is very important. Keeping that connection between the body and the swing will make you a better ball striker. Consistency comes from our ability to lead with our body and trail with the club.
When we send the club away with a quick wrist hinge or hand flip, our large muscles do not have time to catch up. The swing becomes dependent on timing. Jin Young Ko did NOT hit 63 greens in a row because she had great timing. Each of them hit their target more than 80% of the time because they were completely connected throughout the swing.

Leaderboard at the halfway mark @TheRSMClassic:

There’s a very simple feeling you can train that will help you perform this magic move.
That’s the same feeling Talor, Jin Young and Collin have to start their swing. By coiling your body, you create power and consistency in your swing. Since you can practice this motion at home and the practice tee, try doing it for ten minutes a day. That level of repetition will really cement the feeling and help you improve impact. Practice enough, and you’ll be prepared to create your own superb Sunday round. 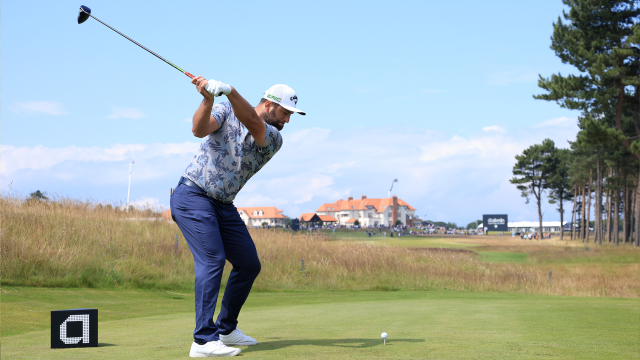 Find a Rhythm and Tempo that Fits Your Game 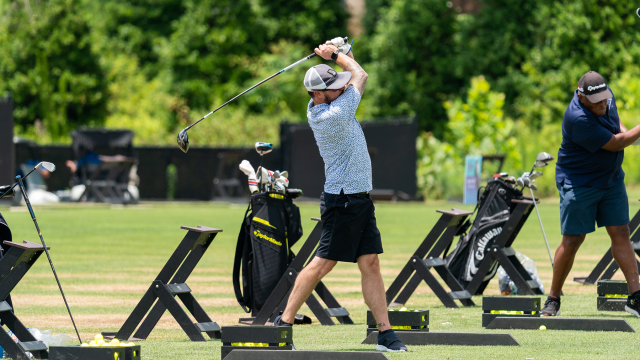 6 Reasons You May Not Be Improving 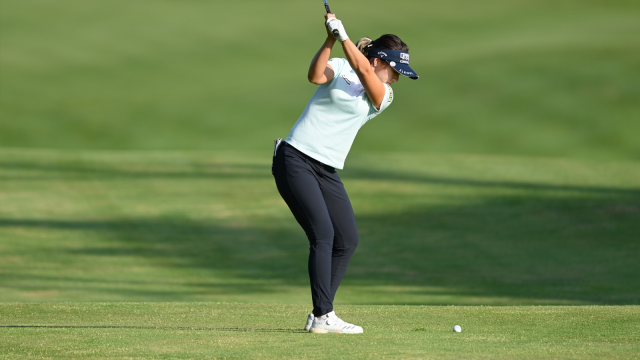 A Solid Stance is a Simple Key to Consistency 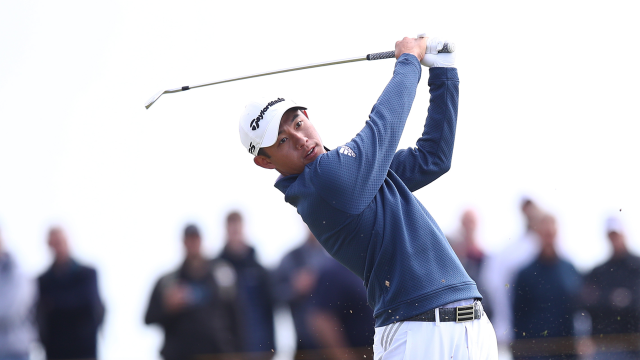