By Keith Stewart, PGA
Published on Monday, June 21, 2021
Jon Rahm’s putting performance to close the 121st US Open yesterday was absolutely awesome. He holed two sharp left to right breaking putts for birdie on the final holes of the tournament. All putts with the amount of break Jon Rahm faced on 17 and 18 are hard to make. Whether the putt is breaking left to right or right to left, our eyes are challenged the same way. Imagine you have the putt Rahm faced on the final hole. Once your eyes lock onto the target (hole) it is very difficult to take them away from the goal. All of our subconscious from that moment on is pointing toward the hole.

Facing a putt that has a start line significantly away from the hole is difficult to manage mentally. It is important to ensure we start the ball rolling online with every putt. In the case of these sharp breaking ones, getting it on line becomes even more fundamental.

You must train your mind to look away from the hole and focus on the starting point. It sounds easy to do, but as we all know the golfing brain is difficult to control.

The next time you head to the course and practice try this putting drill. Start the exercise by finding a side hill slope on the practice green. Choose a putt where the start line is a couple feet to the side of the hole. Try to choose a putt that is about ten to twenty feet in length. Drop two or three balls and practice hitting the putt. Once you make the putt focus on the starting line needed to hole out. Keep looking at the starting line and a spot about two feet in front of you on that line. Grab a Sharpie marker out of your bag and mark that point in the grass. Make the dot easy to see. This is your starting point.
Now take two tees and go back six inches toward you and place them in the ground on each side of the starting line. The starting point you just marked in the grass should be directly in the center six inches in front of those two tees. The distance between the two tees should be about the width of a conventional putter head. This setup will look like a small triangle from where you are putting. Right away your attention will be drawn away from the hole and toward your new target, the starting point.
Start to really focus in on the dot. Forget the hole, don’t concern yourself with the tees, just look at the dot. Go through your normal routine and right before you hit the putt, take one last look at the dot. Practice hitting putts in this fashion. Your brain will begin to let the hole go because you have a new target. Watch the ball role through the tees, over the dot and then onto the hole. Your brain will quickly shift its attention to the spot. No longer will every putt leak toward the hole right off the putter face. This is the basis of why amateurs consistently end up below the hole on breaking putts. They putt toward the hole and not their line.

Continue using this drill for all different types of putts. Even try hitting a couple practice putts by looking at the dot and not the ball. Train your brain to concentrate on the starting point and you’ll be much better at getting the ball to roll on the starting line. We will see those Rahm highlights for years to come. Watch his eyes. Notice how instead of looking at the hole, he looks toward where he is putting and toward victory. 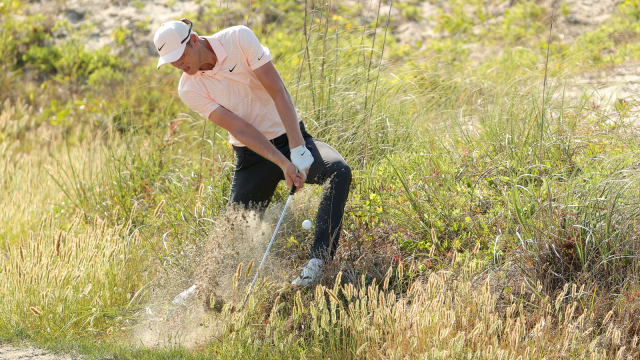 A Solid Foothold in Difficult Lie Situations is Crucial 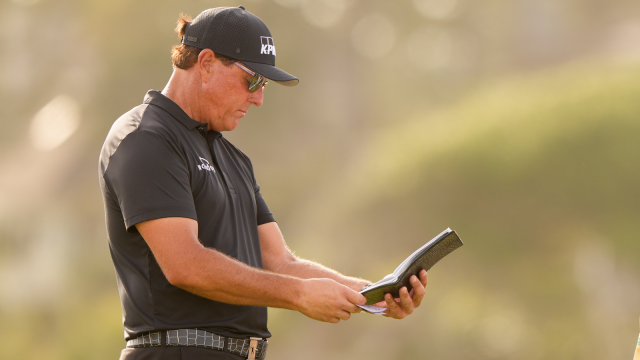 Preparing for a Big Shot? Use Phil’s Formula to Perform 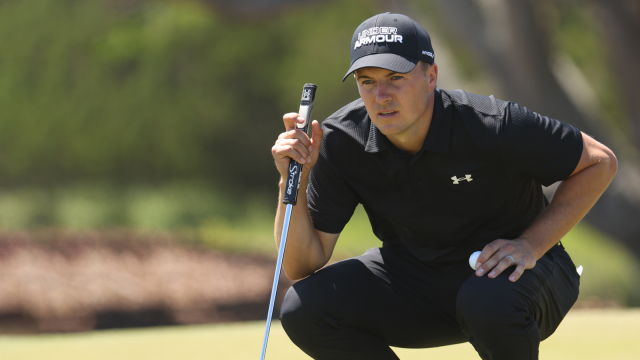 Putt Around the World to Improve Your Pace on the Greens